Friday Rant: SaaS and Data Integration is Not a Walk in the Park 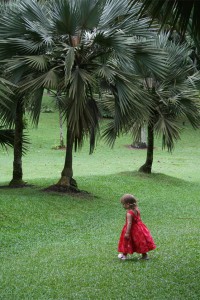 Starting a few months ago, I began to receive a surprising number of calls and notes from different providers, consultants and practitioners who were concerned with some of the challenges they were seeing with integrating SaaS P2P solutions (primarily from Ariba) with disparate non-ERP systems, primarily in the services procurement and VMS space. In particular, during one 48-hour period, I got three different e-mails and voicemails from three different providers with questions about the same challenge they were seeing integrating a VMS capability into an Ariba SaaS environment. One provider was even concerned that this may have been a deliberate move on Ariba’s part (to which I responded that I did not believe that at all — rather, it was simply SaaS growing pains).What’s interesting to note is that in the case of services and VMS procurement integration, previously, in an installed environment with the same Ariba technology, these integration concerns never came up. Granted, they may have been expensive to tackle depending on the level of customization of the individual solution elements — and the type of integration required — but they were quite possible to accomplish in a relative low-risk manner with little concern that the integration and workflow touch points would work. This one particular example got me thinking that the SaaS / data integration issue that we don’t pay enough attention to, and often take for granted.

Based on Spend Matters’ recent analysis of both this and other integration and SaaS situations, we are starting to warn companies and consultants who are piecing together SaaS solutions that they shouldn’t assume that what worked in an installed environment will necessarily work out-of-the-box in an OnDemand, SaaS or cloud system with either Ariba, SAP or Oracle technologies. In one case, we gave the following five pieces of advice (in a more specific manner) that I’ve captured the high-level of below for companies considering a core SaaS P2P infrastructure: