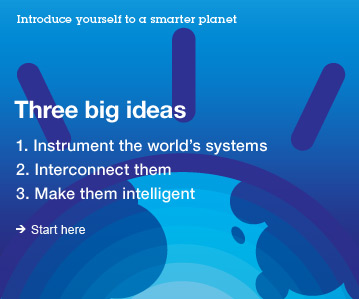 I am in Las Vegas for IBM Impact 2010– Big Blue’s business alignment/middleware event. Why am I missing a bank holiday weekend for a tech show? Because this is one of the most important events of the year- if you’re an enterprisey geek, that is. IBM is a major Redmonk client, and I have been covering IBM middleware for 15 years now.

The main reason to be here- the people. Clients, friends, prospects, there will be as many people here for Impact as the Mayweather fight…

Having a paid gig while I am here doesn’t hurt either, and explains my early arrival. I will be presenting tomorrow at Sandy Carter’s Cool Cloud Cash workshop – which is all about how IBM business partners can make money from the cloud. I will be talking  about onboarding and hand-holding, workload analysis and triage, security and data governance, and explaining why the cloud is just the same old burger, with a new relish.

Cloud will of course be a big deal at Impact this year, and I have to say IBM has done some outstanding work in the last 12 months in the space. There should be some meaty announcements to take in.

One of my key focus areas while I am here will be on WebSphereMQ and MQTT, messaging oriented middleware. I will be encouraging IBM executives to wake up to the web and the volume messaging opportunity.  A smarter planet is NOT a top down planet. Watch out Nancy Pearson and Craig Hayman!

Talking of Smarter Planet, I’m glad that we now have a horizontal technology business at IBM Software Group, rather than trying to squeeze everything through a vertical industry focus. RedMonk watches technology, and we’re pretty good at that.

Technology is disruptive. Google didn’t set out to revolutionise the advertising business, it was dorks counting links. Ford didn’t expect its future might be as a smart grid company. Often technology drives business disruption, rather than the other way around. So I will be dorking out at Impact, trying to better understand IBM’s tech portfolio. If I learn some vertical industry stuff along the way, great. Greenmonk, for example, tracks the energy and utilities space.

But its not enough for IBM to sell vertical industry technology, because existing verticals are the ones under pressure.

So I am here for people and technology….