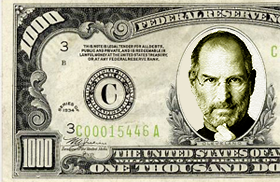 In the Flash Wars between Apple and Adobe, many commentators have said that there is no anti-trust case because iPhone only has a 25% share.  Larry Dignan has written along those lines, for example.
Yet, I have to ask, a 25% share of what?  What is this market definition that they only have 25% of?  I don’t know, but I’ll bet it isn’t the real iPhone market at all.
What about the market of phones that can do more than phone + email (sorry, Blackberry-holics)?  What about the market for phones that can run apps?  I submit the iPhone’s share is much much higher under those definitions, and it really is a monopoly.
This came to mind as I was reading a number of blog posts that were all talking about how high a proportion of some business or other’s mobile traffic is iPhone.  Topix, for example, says it is 70%.  I use Google Analytics on all my own web sites, and it tells me that mobile visits are 84% iPhone.
That’s monopoly territory for sure.  The question is whether the definition of the market will be one the FTC finds interesting and that Apple’s lawyers can’t derail.  Certainly if it boils down to the mobile application ecosystem, I think it will be hard to argue Apple doesn’t have a monopoly.
Former FTC lawyer Glazer tries some fancy footwork to get around this argument when he says you can’t consider a market for smart-phone applications an Apple monopoly because its not a market that Apple is in.  But it is certainly a market Apple is making money from hand over fist.  Their desire to keep that tax in place is part of the reason they’re at war with Adobe in the first place.
At the same time, another former FTC policy director, David Balto, says:
What they’re doing is clearly anticompetitive…They want one superhighway and they’re the tollkeeper on that superhighway.
It’s been my experience that the courts have a terrible time understanding technology.  Probably this case will be no better.

13 responses to “Is the iPhone a Monopoly or Not?”