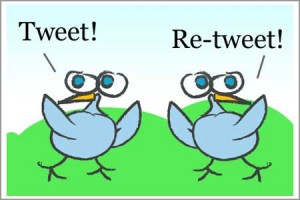 For those who followed Spend Matters’ (@spendmatters) Twitter account for the past few months, I know it’s been a quiet time from an update/tweet perspective. A few recent conversations with folks ten years my junior, however, convinced me to once again consider the advantages of this new medium from a business perspective. Both of the young people I spoke to took Spend Matters’ absence on Twitter for a general quiet period on the blog itself, but when they checked the site, they were surprised to see more new content than ever before — and this despite the fact we had entirely ignored trumpeting our news and opinions on Twitter.

These interactions fully convinced me of the need to stay more current with Twitter. So I summoned Sheena Moore, Spend Matters’ relatively new editor, to the corner of our small office and told her to take the lead with Twitter updates around Spend Matters posts (and to also toss in a few other relevant things as she finds them). It would be my job, just as it is on the blog in many ways, to add some additional color and flavor to our Twitter account outside of just sharing the news. And so far, less than a week back into it, it’s been fun — and even controversial — to say the least…