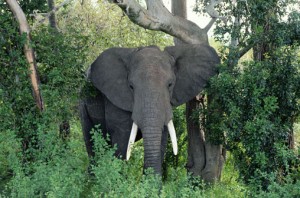 I spent all of about one hour trying to psych myself into writing a post about all the great things SAP could accomplish with their $6B acquisition of Sybase, and then I woke up.  The deal just simply makes no sense, and as fellow Enterprise Irregular Vinnie Mirchandani said:

I wish SAP had not done this. They have enough on their plate without adding another layer of complexity and chaos to distract management.

This deal is a classic example of a wounded elephant crashing through the jungle, wanting to change the past, and having the resources to make a stab at some semblance of that distorted vision through an acquisition.  The only reason I could maintain a quasi-coherent notion of the deal being a positive for as much as an hour was that I’m old enough to remember when Sybase and SQL Server were the same thing.  Had SAP acquired SQL Server, they might have a shot at displacing Oracle from a significant portion of their installed base.  But Sybase is not SQL Server and has not been for a long time, and it is just as much a fantasy that they could buy SQL Server as it is that Sybase will make enough difference to offset the distraction and confusion.

Let’s deconstruct this scenario where SAP goes into their installed base and unplugs Oracle in favor of Sybase.  First thing to remember:  SAP’s installed base by now is probably the most hidebound, kept-in-place-by-momentum, risk averse, change averse, and ponderous group that could be.  They have spent millions (if not billions) of dollars and thousands of careers weaving together the SAP quilt of highly customized and interconnected modules.  Much of that interconnection has involved directly accessing the database schema which creates further brittleness and resistance to change.  Moreover, the Business Processes that depend on SAP software are not casual its-okay-if-it-breaks-for-a-time processes.  They are Mission Critical.

Meanwhile, Sybase has a 3% market share.  Did these customers of SAP pick the Market Leader or the failing also ran that had faded years ago when they bet on SAP?  Yet, because SAP got out their checkbook and blessed it (” Oh no, this is not the least successful DB you ever heard of” spoken as “These are not the droids you’re looking for”), these very same customers will line up in droves so they can thumb their noses at Larry Ellison.  As Johnny Dep would say, “Fuhgeddaboutit”.   These SAP customers are not Sybase customers.  Their reaction will be “Sy-Who?”  Heck, by the time the German Engineers get done making this new old product worthy of German SAP Engineering so that it fits into that intricate patchwork I described and can peacefully coexist with the Oracle that is already there without requiring a boil the ocean wholesale change, the ice pack will have melted and we’ll have bigger fish to fry.

“But wait,” the SAP faithful will say.  “This was never about the database, it’s about the mobile market.”  Larry Dignan’s excellent article reports various SAP executives justifying the deal on the basis of mobile:

We see a huge emerging market for the real-time, unwired enterprise. With this strategic move, SAP becomes the number one provider in this market, a significant first mover advantage for our strategic growth ambitions.

This acquisition falls right in line with our three pillar strategy of on-premise, on-demand, and on-device software…Now, with the acquisition of Sybase, we will secure our leadership in on-device, further cementing our ability to bring information to users anytime, anywhere, and on any device. As mobile applications for consumers have changed the world, the way people live and communicate mobile applications for the enterprise will have an equal profound impact in the way they work. We want to make sure that SAP solutions can be accessed from all leading mobile devices.

$6B so some ERP dweeb can see how many widgets moved from Warehouse A to Shipping Container B on his iPhone?  And this will restore SAP’s fortunes?  Really?  Three pillars of on-prem, on-demand, and on-device?  Geez guys, shouldn’t you actually build two of those three before you rest the mass of your big software company on that three-legged stool?

This is one of those deals like hooking Sarah Palin into the Presidential campaign to combat Obama that I’m sure sounded great in the smoke-filled back rooms, but just doesn’t work in the cold light of the day.  The only thing worse is they may go on to acquire even more trinkets to build out an entire IT stack.  Do we think SAP’s business is largely about signing up lots of new projects that can afford to consider a new stack because they’re rebuilding their whole IT infrastructure?   And here is where I wish I could write what Lewis Black conveys so eloquently in his comedy routines, “<lubba lubba lip noises>, Um, No.”

Okay, enough harsh rhetoric.  This is not the first company that bought another company because the current buzzwords and green crystals its executives were spouting fit the buzzwords and green crystals of the acquiree.  And, it certainly won’t be the last.  SAP is clearly a product-driven company, whereas Oracle has become, with the aid of its Financially-minded Execs, a numbers-driven company.  It is interesting to see how the two strategies compete in the marketplace.  And, there is some gritty reality deep in the details.  Sybase has some pretty decent engineers.  For a long time the engineering world preferred its products to Oracle, but then Oracle got very pragmatic and numbers-driven and built a database that just simply worked better.  In the end, the propellor heads couldn’t ignore that.

What should SAP be doing instead?

If they’re going to be product-driven, they should focus on product.  It’s too late to change that culture anyway.  Oracle is a win at all cost culture.  They keep score.  They are not proud of what they have to do to win.  They don’t care, and BTW, it isn’t enough that they win, you have to lose.   They sit out there with their market cap-driven tractor beam and periodically drag a new software company planetoid into their maw to feed the reactors.  They are relentless and implacable in that uniquely Asian way that Larry has so effectively patterned himself after.  SAP juxtaposes that by arguing you don’t want a numbers-driven patchwork of poorly integrated acquisitions (hence you can’t combat that with a poorly integrated acquisition!).   They argue you want a suite that is integrated with the precision of Teutonic Surgical Steel.

To beat the Oracle machine with products requires a generational leapfrog.  A paradigm shift.  A reason to believe that the answer is to buy more expensive Teutonic Surgical Steel.  Performing that paradigm shift with their conservative audience will require intricate choreography that lets customers consume the elephant a bite at a time.  Lots of moving parts have to be fit together with precision.  That’s okay.  SAP knows how to do that.  They have built their company by doing that.  But they have to get on with it.  Time is a wasting, and all of their myriad forces are not precisely aligned to the thousandth of an inch of machine tool precision needed to get it done.

The paradigm shift that needs to be harnessed to this task is the shift to Cloud computing.  Forget simple SaaS.  SaaS ala Salesforce.com will be done, played out, and passé by the time SAP can organize their market through enough of a Cloud transition to make a difference.  What’s bigger than SaaS?  Transitioning a major organization’s mission critical systems to the Cloud a bit at a time and while running flawlessly is tantamount to uploading the neural network of a human brain to a computer without losing the person’s soul along the way.  That’s what we’re talking about here.  The good news is SAP owns the data.  The critical systems of record are theirs.  They also own some wonderful pieces of technology.  In teasing apart an orderly transition to the Cloud, the important thing is what to sequence to move things.  There are latencies in communicating data between the Cloud and the Corporate Data Center, so we need to move relatively loosely coupled components wholesale.

The innovations and paradigm shifts needed to figure out all the problems associated with safely moving a giant SAP patchwork into the Cloud will fund multiple hugely profitable companies.  There are likely some extremely valuable acquisitions SAP could be making along those lines, but they are probably not obvious.  If you told me they were buying Akamai, or some obscure web video provider, because those companies know how to move cubic terabytes into and around the Cloud, it would make more sense to me than Sybase.

BTW, were it me, I would start with analytics.  If you’re already building data warehouses from transactional data, move the warehouses into the Cloud and do it well.  A good data warehouse is an excellent beachhead from which to expand your Cloud invasion.