I read this and realized that the social media industry has indeed become mainstream when thuggish potentates in banana republics are using Twitter to suppress and intimidate the citizenry.

CARACAS, Venezuela — President Hugo Chavez urged supporters to use Twitter to blow the whistle on currency speculators on Sunday and announced that police raids on illegal traders would continue as Venezuela’s government tries to defend the embattled bolivar.

[From The Associated Press: Chavez asks Venezuelans to tweet on speculators] 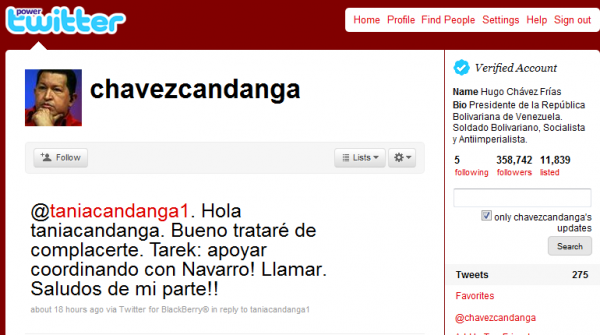 One response to “Chavez Uses Twitter to Intimidate Venezuelans”