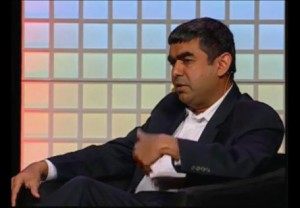 Kind of struggling to work out the key narratives from Sapphire this year. Well other than the fact that SAP really doesn’t like not having nerds in charge. Leo Apotheker was SAP’s first ever CEO without a development background… he lasted less than a year before getting nuked by Chairman Hasso Plattner.

The geeks are definitely and defiantly back. As I said yesterday on twitter:

I think it goes further than that. [CTO] Vishal Sikka is newly minted as hasso’s rep – the strong voice of SAP geekery

Sikka is clearly Chairman Hasso Plattner’s voice on the ground and he took an active role in the press conference that kicked the event off- he didn’t wait to be asked to answer a question – if he had something to say he jumped right up and said it. Sikka is not the voice of the customer, he is the voice of the technologist, and strong technology has always been the basis of SAP’s success…