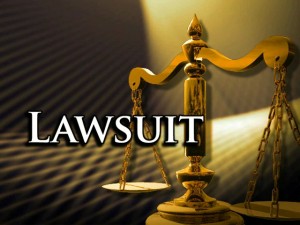 I just got a copy of a brief Microsoft filed in the U.S. District in Seattle alleging that Salesforce.com infringed on nine of Microsoft’s patents. It’s not clear at this writing how valid a case Microsoft has, nor has there been any official response from Salesforce.com posted on the company’s website. So a full analysis will have to wait until tomorrow.

But several things are clear from a first reading of the brief. Microsoft is using some fairly broad patents covering such things as “system and method for controlling access to data entities in a computer network”, and “method and system for identifying and obtaining computer software from a remote computer” that hardly seem to be something only Salesforce.com is doing. Indeed, the rather sparse description of the patent and the rather simple allegations that Salesforce.com is doing these things make is seem that Microsoft could potentially sue a large number of companies for violating  these patents if it so chooses.

Which leads to the second point: the fact that Microsoft is suing Salesforce.com at all. There are usually two reasons competitors sue each other: out of desperation or out of a perceived sense that prevailing is a near certainty. The former is usually seen in David vs. Goliath lawsuits that often involve Microsoft in the role of Goliath against some soon to be former competitor looking for injunctive relief from being crushed to death.  Regardless of the merits of the suit, the plaintiff is rarely heard from again.

The  other reason — the one that comes with a strong assumption that the suit will be successful — was seen recently when Oracle sued SAP over allegations that SAP’s former TomorrowNow subsidiary illegally obtained Oracle’s IP.  That gist of that suit, while still unsettled, has largely been conceded by SAP, which has since disbanded TomorrowNow.

My sense is that Microsoft is operating under this latter assumption. While  Salesforce.com’s CRM business is significantly larger that Microsoft’s, Microsoft hardly fits into the dying David mold, and this suit hardly seems the desperate gasp of a soon to be extinct competitor.

Rather, this suit is meant to be played to the hilt, and I expect Microsoft to do exactly that.  I fully expect Salesforce.com to fight back just as vigorously, as it surely must. The result promises to be a protracted battle of egos and lawyers for some time  to come.

One response to “Microsoft Sues Salesforce.com”