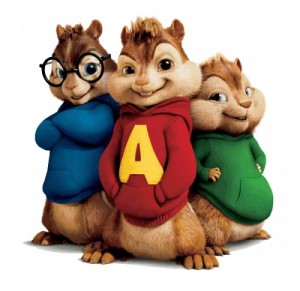 There is much to be learned from history, despite our feeling that each day is a new one.  Entrepreneurs need many things to succeed, but a solid grasp of people is one of the more valuable.  Ironically, there are a few professions that make for strange bedfellows where this is true, and politics is one of them.  Perhaps one of the more infamous experts to the rulers of his day on the nature of people was Machiavelli.   Below is a series of brief quotes from the Master that inspires us on the matter of facilitating change and entrepreneurial success…

“There is nothing more difficult to take in hand, more perilous to conduct, or more uncertain in its success, than to take the lead in the introduction of a new order of things.”

People in general do not appreciate change, despite their great protestations to the contrary.  Those who prefer it are the very young and the Early Adopters who are evidently bad targets on which to base a business for they are not numerous and often do not possess large budgets.  Huge empires persist without apparent innovation precisely because the desire to keep the status quo is almost unreasonably powerful.  Therefore, as entrepreneurs, understand that you are proposing change, and this will not be received easily.

Yet change can be very valuable too:

“One change always leaves the way open for the establishment of others.”

This is of course what new companies count on.  A change in the market, a paradigm shift as the larger changes are called, does indeed leave the way open for other changes.  Those empires built on the power of inertia (another name for Brand, perhaps?) may be displaced by the usurpers surfing the winds of change.  The trick, then, is to identify the most palatable change for your customers that will facilitate the further changes you will need them to make in order to secure your success.  The so-called “Land and Expand” sales strategy of selling to a small department to gain success that leads to wholesale adoption is one example.

“Entrepreneurs are simply those who understand that there is little difference between obstacle and opportunity and are able to turn both to their advantage. “

Change can be mistaken for an obstacle, but obstacles are also change catalysts.   SaaS and Cloud computing have soared ahead on the back of the obstacle of the bad economy because it forced organizations to consider change.  I knew a talented Vice President of Sales one time who said he preferred to sell to organizations that were either going gangbusters or that were in dire trouble.  He also preferred selling in extremely good or extremely poor economies.   Both conditions represent change of one kind or another, and thus opportunity.

“Men are so simple and yield so readily to the desires of the moment that he who will trick will always find another who will suffer to be tricked.”

Advantage is more easily gained through the desires of the moment rather than long-term aspirations.  Strategic sales are great, but they have to pan out quickly.  Predicate your plans for long-term success on your ability to help your customers win in the short-term.  SaaS offers a prime example of this lesson.  Customers are ahead on budget for years relative to what it costs to buy on-premises software.   But ultimately, the SaaS company will be ahead if it can keep the customer happy long enough.

“Where the willingness is great, the difficulties cannot be great. “

John Wayne put this a bit more bluntly when he said, “If you’ve got them by the balls, their hearts and minds will follow.”

First seek great willingness to act and then identify what change you can foment from it.

“The one who adapts his policy to the times prospers, and likewise that the one whose policy clashes with the demands of the times does not. “

Once having embraced change, be aware that change also changes.  What was a revolution becomes the status quo.  What was willingness becomes complacency.   Always be on the lookout for new change and new sources of willingness that can provide further fuel to your engine of growth.

“No enterprise is more likely to succeed than one concealed from the enemy until it is ripe for execution.”

When you must invoke change, do so under the cover of something less threatening.  Recently funded Northscale presents a great example of this principle.  Ultimately, they would like to get everyone to change to NoSQL databases, but this is a pretty extreme change to contemplate.  Instead, they are exploiting the willingness to undertake a much smaller change in the form of adding Memcached to your conventional SQL database (BTW, that Memcached article remains a long-term popular post on this blog).  Once having convinced you to make that change, their software now sits in a position to facilitate the further changes to go the whole NoSQL route.

“Men rise from one ambition to another: first, they seek to secure themselves against attack, and then they attack others. “

I love Seth Godin as a man who has a solid grasp of people and isn’t afraid to share it.  This advice from Machiavelli to focus on fear first is something Godin agrees with because there are no jealous chipmunks:

Chipmunks, wolves and other wild animals rarely get jealous. The number one emotion among wild animals isn’t vanity or happiness: it’s fear.

Fear is everywhere in the animal kingdom, because fear is a great way to stay alive. Fear is hard-wired into successful species… it doesn’t need to be taught.

You guessed it, we’re wild animals too, a lot of the time. Marketing that preys on fear (buy duct tape!) has the shortest path to follow to success, because the public can’t wait to get scared. An entire portion of our brain (the same brain the lizard has) is dedicated to fear. And it can’t wait to spring into action.

Capitalize on the fears your customers have, because fear creates a willingness to act and that willingness can be harnessed for change.

“Never was anything great achieved without danger.”

Avoid the Lizard Brain, as Seth Godin calls it.  As an Entrepreneur intent on fomenting change, you can’t afford it.  The Lizard Brain worships the status quo out of fear of change.  It is the one that ensures that men first seek to secure themselves against attack and only then can their thoughts turn to attacking others.  As Godin says:

Want to know why so many companies can’t keep up with Apple? It’s because they compromise, have meetings, work to fit in, fear the critics and generally work to appease the lizard. Meetings are just one symptom of an organization run by the lizard brain. Late launches, middle of the road products and the rationalization that goes with them are others.