Digital Ethics: we need to move way beyond privacy 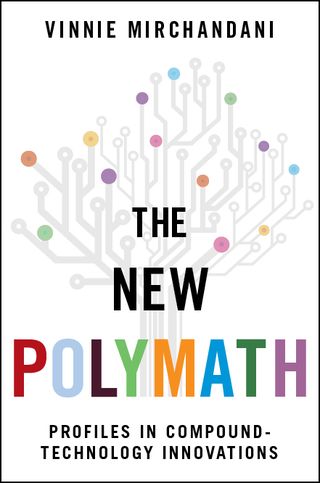 As we go through another round of hand wringing around Facebook’s privacy policies, it is a good time to acknowledge that privacy crowds out many other nagging cyber-ethical issues. In my book, I dedicate a whole chapter to other ethical issues. I interviewed several professors, attorneys and thoughtful peers. I also laid out 8 ethical scenarios for readers to discuss and argue with their colleagues, friends and families.

Here are some excerpts from the chapter:

“(Prof Herman) Tavani cites these examples as having occurred in just in the last couple of years, since the second edition of his book was published in 2007:

This time assume you are CEO of TomTom, the Dutch GPS company. John Sanderson, chairman of the parish council in Wedmore, England, has sent you a letter requesting that his village be removed from your GPS navigation systems. The New York Times explains the source of his frustration: “ Trucks and tractor – trailers come here all the time, as they do in similarly inappropriate spots across Britain, directed by GPS navigation devices, which fail to appreciate that the shortest route is not always the best route. ” In your own country, in The Hague, Stichting Onderzoek Navigatiesystemen, which conducts research on navigation systems,  issued a press release in January 2008 that got worldwide attention as it called some of the GPS systems it evaluated “ kid killers. ” Motorists, it said, drive through “ designated low – traffic residential areas and roads which are not designed for through – traffic. The navigation systems do not appear to be able to find ring roads. ”  What would you do if you were CEO of TomTom?”

“ Value Sensitive Design (VSD) is a way of looking at systems that brings in human values — so informed consent, human dignity, physical and psychological well – being among others; designers can use VSD alongside their favorite design practices, doing their best technical and usability work” “

This time assume you are an environmental activist. The Mountain Pass Mine in the Mojave Desert in California has plentiful deposits of bastanite, from which several rare earths are extracted. Rare earths provide minerals critical for hybrid cars, wind turbines, and other cleantech technology. Today, China is the major supplier of rare earths, but its own internal consumption has forced it to cut back on its exports. There are rumors of total Chinese bans on exports of certain of those minerals. Mining operations ceased at Mountain Pass in 2002 amid environmental concerns, although processing of previously mined ore continues at the site. Mining is expected to restart in 2011. As an environmentalist, debate the trade – off: minerals critical for new cleantech versus environmental risks for which the mine was closed in the first place. And are we replacing one dwindling resource — fossil fuels — with another — rare earths? Is that really sustainability?”

“We make our kids understand that they are stewards of the environment and the success or failure of the garden is in large part due to how they  take care of their plants and the soil. At the end of the season, you measure success by how much you have harvested and how well you have left the garden for next year’s farmers. In the technology business, we often don’t think about tomorrow’s impact of today’s actions. The term “ legacy ” is considered a negative in technology whereas in farming it is a positive. Because the nature of technology is not to preserve the past, it often functions in a circular, self – destructive mode.”

This time assume you are a hospital administrator. Patient X has checked in for a double mastectomy. But it is prophylactic — she is doing it because her family medical history suggests a higher risk later in life. She has no insurance coverage since there is no cancer yet. There are no external support groups since she is technically not a “ cancer survivor. ”  Should you convene your hospital’s ethics committee? Would you discount her fees to those negotiated with insurance companies? Would you actively discuss with insurance companies the likely spread of such procedures as more patients seek proactive treatments  based on growing availability of genetic marker tests?”

“Only 30 percent of Dutch working – age adults believe that new products  or services will improve their lives in the next six months, compared with 60 percent of U.S. consumers and 80 percent in India and the United Arab  Emirates, according to a 2008 survey by the Institute for Innovation &  Information Productivity. Are the Dutch on to something? Do they have a better grip on work/ life balance? Have they, like the Amish discussed in Chapter 1 , devised a way of selecting which technologies are “ good ” and which ones are better off left alone?”

“ I believe technologists and innovators need something like the Hippocratic Oath. We need people to question whether their works “ do no harm ” or could potentially be used in harmful ways. While I’m not a religious person, I am amazed at the durability of the 10 Commandments. Here’s a list of acceptable behaviors that’s in three major religions and has survived thousands of years. For ethical innovation and technology, we need to find a higher – level set of principles and we need them, like yesterday. If we don’t, someone’s going to invent something that’s going to rob us of our privacy, our wealth, our livelihood, our relationships, and even our lives.””

One response to “Digital Ethics: we need to move way beyond privacy”