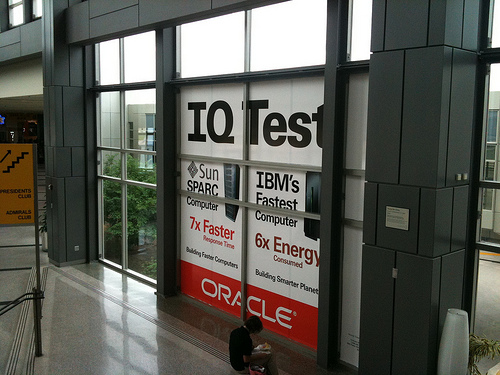 While we “don’t do numbers” at RedMonk, I come across many interesting numbers each week. Hare are some:

The recovery board expects to save about $750,000 over the next two years — $334,000 this year and $420,000 in 2011 — by running Recovery.gov on [Amazon] EC2. This represents about 10% of the total $7.5 million the board has spent overall on the site so far, including development costs. “Significantly” more savings are expected over the long term, according to the recovery board.

Mainframe-land: What types of application do you host on-premise? 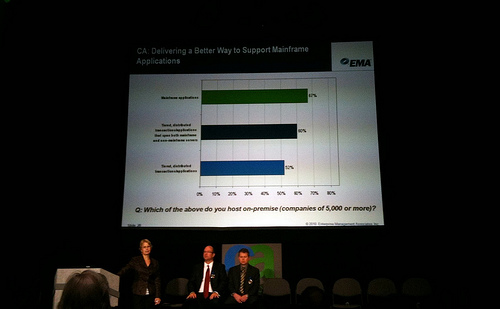 From a CA World 2010 press Q&A, featuring some research from EMA answering the question (my wording) how much of your applications still need mainframes?:

For those not in raised-floor land, “distributed” means “not mainframe” – x86 and UNIX hoopla, man.

With budgets back, IT spend-desire

Ninety-five percent of top-performing organizations [out of 1,541 CEOs, general managers, and senior public sector leaders from 60 countries and 33 industries worldwide surveyed by IBM] cited getting closer to customers as their most important strategic initiative for the next five years, using Web, interactive, and social media channels to rethink engagements with customers and citizens

The never-ending stream of Flash vs. H.264 video estimates

26% of the video on the Web is iPad-ready, according to Mefeedia, a firm that supposedly monitors online video around the Internet. You may think that’s low (that means 74% of the web can’t be seen on the iPad), but that number actually represents a good amount of growth, as just a scant few months ago, only 10% of Web video was iPad-accessible, or encoded in H.264 or HTML 5, not Flash.

It’s too easy to forget that Nokia is still #1