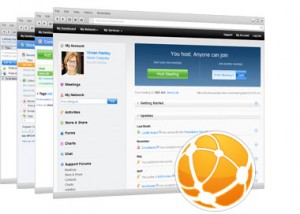 This morning, Ariba and IBM announced a partnership to integrate LotusLive into Ariba Discovery, Ariba’s free supplier discovery tool (and supplier directory / marketing / lead generation service). While on the surface, this relationship has all the makings of a Barney deal — for example, why isn’t there a bigger collaboration involving other IBM groups, including the BPO organization, and why didn’t the integration stretch into other Ariba products? — the geek in me actually really likes this announcement based on some research I’ve done the past couple of hours on LotusLive. At first glance, it’s a slick toolset for collaboration (IBM just showed it on stage at Ariba LIVE). Knowing what IBM has done internally with its social networking Beehive initiative, it’s clear they’re probably the most forward thinking large B2B oriented technology company when it comes to pushing social collaboration.

Before exploring LotusLive further, let’s first tackle the announcement. According to the press release, IBM and Ariba “have signed an agreement designed to help fuel better commerce by matching business-to-business buyers and sellers of goods and services in the cloud-using state-of-the-art collaboration and social networking technologies … Ariba plans to integrate its cloud solution, the Ariba Commerce Cloud, with IBM LotusLive to help buyers and sellers communicate and share information more fluidly and effectively, leading to faster, more confident business decisions for organizations of all sizes.”

What is LotusLive? Channel Web offers a good summary in an article from last year. According to their coverage, “LotusLive Engage combines four major elements that its rivals, Microsoft Online Services, Google Apps and Cisco’s WebEx, do not: