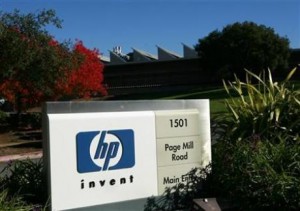 “…with funding to come from 9000 positions that will be eliminated as a result of HP’s successful data center and automation efforts.” My headline from today’s news. Funny how emphasis and choice of lead matters. HP attempted to drive the message on this story by headlining its press release “HP to Invest $1 Billion to Launch New Era of Enterprise Services.” That didn’t work; those are costs associated with the separation of employees, and the pundits pounced on burying them at the bottom. But the predictable anti-business, determinedly contrarian response has missed the mark as well.

HP has added (and shed) jobs steadily for some years now as it realigned its business model away from a dependence on hardware and toward an increasing focus on service. Results have been mixed; Services has not been the kind of successful revenue engine the prior EDS and Knightsbridge records might have suggested; in particular the flight of Knightsbridge top staff has been substantial by all accounts, and that has impacted HP’s attempts to become a credible BI player. That’s still work in progress, and the jury is out.

Meanwhile, the company has cut costs and automated operations at a furious pace – and the result is that it can move a lot of its investment in staff from one part of the portfolio to another.  By most accounting methods, this is success, not failure. And the company’s financials for the past few years have been solid. So while nobody can view the loss of jobs as a positive – and the people who lose them will face struggles that we cannot minimize – there will be new hires who are very happy to join the industry’s largest company. And more Sales means – well, more sales, one hopes. And that, over the next few years that HP says this will roll out across, will be the story. Read headlines and industry analyst commentary (including this one) with as much skepticism as you reserve for vendor press releases. As Yogi Berra once said, “Prediction is hard, especially about the future.” If the recent past is any guide, HP’s moves are likely to yield more improvements along the lines it has successfully followed for the past few years.

Disclosures: HP is a client of IT Market Strategy