Can the cloud avoid government? 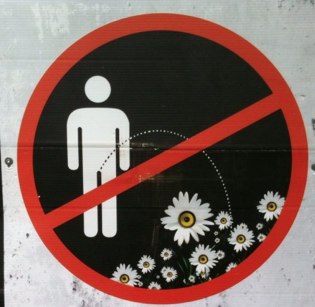 Government should leave the tech industry well alone, ranted Mike Arrington earlier this week. But it isn’t so easy to avoid government if you’re a cloud computing provider with global ambitions. The cloud operates over the World-Wide Web, which as the name suggests, inevitably crosses national borders and touches many different legal regimes. Cloud-enabled globalization also challenges many of the protections that governments have put in place at the behest of established industries and interest groups that are adept at lobbying lawmakers.

For these reasons, the cloud industry can’t afford to ignore government. The minimum response should be to stay aware of what government is up to and how its actions may affect cloud providers. Many in the industry will probably side with Arrington in demanding less regulation and interference rather than more. But since government isn’t going away, it’s better to actively engage and make the case for the cloud industry â if nothing else to ensure that if there are negative impacts (such as those exposed in the UK’s recent Digital Economy legislation), they are at least purposeful rather than incidental.

With that in mind, cloud and SaaS providers in Europe will be gathering in Luxembourg later this month to discuss the challenges facing the industry and what role government and other public policy influencers can play in helping or hindering its success. Taking place on Monday 21st June, EuroCloud Congress is the first pan-European member meeting of the EuroCloud industry network that first launched last October [disclosure: of which I am an unpaid vice-president and conference organizer]. The meeting will bring together members from across Europe, along with public policymakers and influencers from national government and the European Commission.

In Europe, one of the first challenges for cloud providers is to unravel and make sense of the legislation that already exists. US businesses should consider themselves lucky that at least their huge domestic market is relatively free of legal pitfalls. In Europe, government and regulation is a fact of life for anyone looking beyond the confines of their own national borders â which is pretty much a given for those in the Internet, cloud and SaaS sectors. Each country has its own laws and practices on matters such as data privacy, business contracts and taxation. The scale of this challenge is difficult to explain to Americans, who can generally assume a common legal framework with occasional variations in individual states. Europeans, by contrast, rarely find exceptions when European harmonization has actually worked (the most shining example, in those countries that have adopted it, is the single currency, itself apparently now undermined by hidden inconsistencies between countries).

The industry thus has no choice but to ask government to interfere, in the hope of at least removing some of the inadvertent barriers to cloud services that have sprung up because of differences in national legislation. I’m told it’s possible to find examples where obeying privacy laws in one country will force a provider to break the prevailing laws in another country if its customers happen to be based there. No one intended such a result, but it’s up to the industry to show where such anomalies exist and why it’s urgent to resolve them.

At least the industry should find a willing ear from Europe’s commissioner for the Digital Agenda, Neelie Kroes, whose mandate includes the establishment of “an integrated single market for the delivery of electronic services,” and who will be represented at the Congress…