Web Services (and Platforms) as Governments 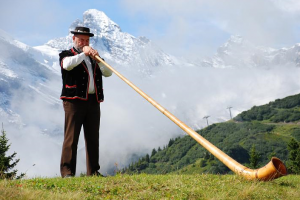 Union Square VC Brad Burnham’s post of the same name, brought to me by Fred Wilson, says we should think of Web Services (I like the Platform name better) as Governments.  This is something I’ve been saying for years with my posts about how you want platforms that act like Switzerland.

None of the platforms mentioned in the article are Switzerlands, unfortunately.  None even seem to be Western-style democracies.  As Burnham puts it:

One thing is for sure – none of these platforms are democracies. They are oligarchies controlled by founders, investors or shareholders.

He goes on to call out each one:

–  Apple is a Monarchy with Steve Jobs the King who acts capriciously and goes on rants.

–  Facebook is Vladimir Putin’s Russia: not a happy analogy!

– Craigslist is perhaps closest to my ideal as Burnham sees it:  Despite Craig’s progressive personal politics, Craigslist lives the credo “a government governs best that governs least”.

– Twitter seems to fall somewhere between Facebook and Craigslist, but not in an entirely happy place.  Give them time, Brad, they’re still finding their way to power.

Of course these are the “governments” that Union Square’s portfolio companies have run up against and that have devalued their investments in some cases, so it’s not a happy thing.  As a VC used to exercising quite a lot of power over the portfolio (lots of articles about Tony Hsieh’s (Zappo’s Founder/CEO) loss of control to his board lately), he understands the value that being a totalitarian government can bring.  At least, I can only assume he’s thinking that way when he says about these totalitarian governments, “That may not be at all bad.”

But, I wonder if Burnham also understands the problems such power brings.  There are “governments” (and platforms) that act much more as Switzerland and that are quite large.  Amazon and Google are in this category.  An even better example of “government of the people, for the people, and by the people” is Open Source.  There is a reason why the world has gotten so paranoid about its platforms.  These latest examples of Monarchies and Dictatorships are certainly not the first.  Many companies have been stepped on by the platform governments.  There is a lot of scar tissue, and hence a tendency to look out for that.   But, with a bubble around the whole Social phenomenon, software easy to create for it, and the ability to grow so quickly, many were willing to forget the dangers and give it a go.  Hey, many have done extremely well with that and the music hasn’t stopped yet.  But it is becoming obvious there may be fewer chairs than we thought and not all chairs are equal.

Not all the big bad wolves have been intent on hunting in the forest.  While many are afraid Marc Benioff may steal their business if they come to rely too heavily on Force.com, he has so far been better behaved than the examples given of Apple, Facebook, and Twitter.  I know, because one would’ve regarded Helpstream as a competitor (SFDC’s Salesforce did), but at the same time we delivered value to their ecosystem since our app integrated with Salesforce, so we had this fascinating position of being on the App Exchange, getting great leads from it, and being regarded as a competitor by SFDC’s Salesforce.  It would have been fascinating to see how far they were willing to let us go.

In the end, companies have to decide what they are.  If their primary purpose is to be a platform, they rely on others to a greater or lesser extent for their livelihood.  They must decide as “governments” how to treat the merchant class.  They need to worry about how they will be regarded by that class.  In many of the cases cited, the problem is these organizations are not primarily focused on being platforms.  They want to own it all.  Being a platform was a convenience to help grow and build out their offering along the way, but it was never really the goal.  I worry about platforms that start out mostly as apps, even though Geoff Moore says that’s really the best way to create a platform.  Unfortunately, it also creates a lot of conflict of interest.

When you’re looking at platforms, look for Switzerland.  It has no aspirations beyond offering a wonderful banking system and a stable currency.