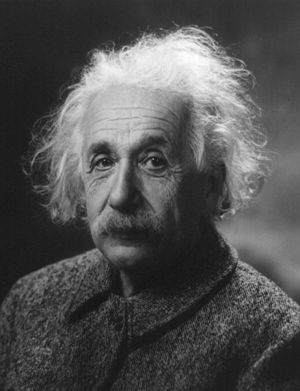 I read this and thought about the industry I have called home for 21 years:

Mr. Katz was echoing Feynman’s thought when he pointed out: “And yet, brightness has become its own virtue. We’re impressed by candidates who appear ‘bright.’ I think this reflects the fact that this is the age of the college graduate, the age where ‘brightness,’ or the suggestion of intellect, is considered a fundamental requirement for even getting up in the morning. In order to be taken seriously, one must show the kind of mental agility popular with college admissions officers.”

Are we overvaluing brightness? Yeah, I think without a doubt we are.

We all work with a wide range of people on a daily basis who by any measure are considered bright but that perceived brightness does not translate into outsized success, financial or otherwise. We use our perception of brightness as a proxy for leadership and eventual success without acknowledging the success and leadership are not proportional to intellect.

Big institutions are stocked to the gill with bright intellects yet big institutions are exactly where monumental failures are most pronounced… government at all levels, and banks and Wall St. more broadly are just two examples of failures of epic proportions. As Richard Feynman would say, these people are all working with the same toolset because they never had to invent their own.

The technology business appears to be an exception in that we have a lot of “bright people” but consistently disrupt the status quo, the large company mindset, out of necessity because the status quo devolves to “the same toolset”. I suppose it makes sense to use this as an example of Schumpeter’s creative destruction in action and it’s precisely why other parts of our economy are failing with no real recovery in sight… we have intervened to sustain entities that should have been broken down into economic compost to fuel a new generation of companies and ideas.