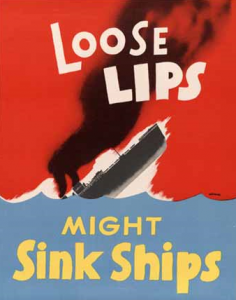 Last week there was a minor scandal involving the Washington Post and a blogger on their payroll who was covering conservative political issues for the Post. The short short version of the story is that the blogger, Dave Weigel, resigned after inappropriate and disparaging comments about the very people he was hired to cover were revealed on a private email listserv called Journolist, which is run by acknowledged liberal Ezra Klein, who by the way also acknowledges that he only invited center (more likely center-left) and liberal journalists into the group.

That was the theory behind Journolist: An insulated space where the lure of a smart, ongoing conversation would encourage journalists, policy experts and assorted other observers to share their insights with one another. The eventual irony of the list was that it came to be viewed as a secretive conspiracy, when in fact it was always a fractious and freewheeling conversation meant to open the closed relationship between a reporter and his source to a wider audience.

[From Ezra Klein – On Journolist, and Dave Weigel]

This ended up being a problem for the Post because it confirmed a criticism regularly leveled at the traditional media, which is that they are incapable of covering conservative political issues objectively, a point acknowledged by their ombudsman today.

Weigel’s exit, and the events that prompted it, have further damaged The Post among conservatives who believe it is not properly attuned to their ideology or activities. Ironically, Weigel was hired to address precisely those concerns.

There are two aspects to this story that I find fascinating, the first of which is that the Post, like other newspapers, have dramatically expanded their coverage of news and events in their online offerings to also include opinion. The point of this is obvious, in the online world where advertisers pay on actual pageviews rather than just a sampling (as is the case with print) the requirement to amplify online reach with sensationalized and dramatic opinion writing is absolute, it’s what gets linked to and spread virally.

When you take into account the demands that online media presents to publishers and the shifting nature of what they publish, well you really have to look at the foundation of news and current event journalism and I think it’s reasonable to conclude that it is fundamentally changing not just in the way that it is presented but what it is actually presenting. For all of the disparaging commentary that traditional news outlets heap on cable news, the fact is that they are becoming much more like them than they would care to admit.

Secondly, in an online world such as the one that Weigel and Klein found themselves in with Journolist, it should be accepted as fact that anything written, even under the assumption of confidentiality, can eventually find it’s way into the public domain. Scott McNealy was absolutely correct when he said (in 1999!) that you don’t have any privacy anymore so “get over it”. Everything you write becomes part of the permanent record unlike in years past when conversation only happened in realtime and the spoken word vanish into the thin air immediately upon being spoken.

When we started the Enterprise Irregulars listserv 6′ish years ago we had a sense of the importance of this issue. The public website is just that, public, but the email list is private and when anything is posted to that group with a <noblog> or <noattribute> tag the meaning is understood and absolute. It is understood that violating either tag impaired not only your personal integrity but that of the entire group. The interesting group dynamic that this exposes is that when confidentiality is breached it acts like a gash in an ship with causes the ship to sink, whether in minutes or days it doesn’t matter… it sinks.

Klein did the correct thing by shutting down Journolist as once the understanding of confidentiality was breached it was never going to return. What is amazing to me is that any reasonably intelligent person wouldn’t understand that disparaging and incendiary comments written even in a private forum would not come back to cause damage to them. It is also somewhat ironic that it wasn’t Twitter or Facebook exposure that brought down Weigel (there were some Tweets but he could have survived those) but rather one of the oldest internet technologies that exist… a listserv.