Hat tip to Eapen Thomas who pointed me to this year’s commencement speech at Stanford’s School of Medicine given by Atul Gawande. Here is an excerpt of what he told the graduating class:

We’ve been obsessed in medicine with having the best drugs, the best devices, the best specialists—but we’ve paid little attention to how to make them fit together well. Don Berwick, of the Institute for Healthcare Improvement, has noted how wrongheaded this is. “Anyone who understands systems will know immediately that optimizing parts is not a good route to system excellence,” he says. He gives the example of a famous thought experiment in which an attempt is made to build the world’s greatest car by assembling the world’s greatest car parts. We connect the engine of a Ferrari, the brakes of a Porsche, the suspension of a BMW, the body of a Volvo: “What we get, of course, is nothing close to a great car; we get a pile of very expensive junk.” Nonetheless, in medicine, that’s exactly what we have done.

Earlier this year, I received a letter from a patient named Duane Smith. He was a thirty-four-year-old assistant grocery-store manager when he had a terrible head-on car collision that left him with a broken leg, a broken pelvis, and a broken arm, two collapsed lungs, and uncontrolled internal bleeding. The members of his hospital’s trauma team went swiftly into action. They stabilized his fractured leg and pelvis. They put tubes in both sides of his chest to reëxpand his lungs. They gave him blood and got him to an operating room fast enough to remove the ruptured spleen that was the source of his bleeding. He required intensive care and three weeks of hospital recovery to get through all this. The clinicians did almost every single thing right.

But they missed one small step. They forgot to give him the vaccines that every patient who has his spleen removed requires, vaccines against three bacteria that the spleen usually fights off. Maybe the surgeons thought the critical-care doctors were going to give the vaccines, and maybe the critical-care doctors thought the primary-care physician was going to give them, and maybe the primary-care physician thought the surgeons already had. Or maybe they all forgot. Whatever the case, two years later, Duane Smith was on a beach vacation when he picked up an ordinary strep infection. Because he hadn’t had those vaccines, the infection spread rapidly throughout his body. He survived—but it cost him all his fingers and all his toes.

How can anybody really believe that all processes, or workflows, will always happen as planned when they’re manual and dependent on people? What geniuses take that for granted? 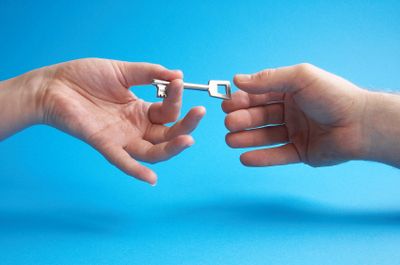 Risk is a result of two components – probability and consequence – and the probability to forget to “pick up milk” is equal to forgetting to “check the damned oil blow-out preventer”. No amount of to-do lists will change that; forgetting to add a to-do is as easy as not reading it. Not to speak about the usual accountability and hand-off issues: “I thought my wife would pick up the milk”.

The practice and theory of making organisations tick and make processes happen is called “management”. And we’ve been refining organisational practices and management theories since long before the Roman army, including hundred years of Business Schools, armies of Management Consultants and about 40,000 management books in print at any time. With two results; 1. nothing much has happened, and, 2. we are still accepting manual DIY process.

There is only one way out of that mess, and that is to automate the sequences, that B follows A all by itself. In other words a proper process based system is required.

Process is the core, and without a proper framework that ensures hand-over in an iron-clad way, and that guarantees complete accountability, the risk won’t change. No amount of money forked over to McKinsey (slow behaviour changes) or dog shock collars (improve behaviour fast) would alter that reality.