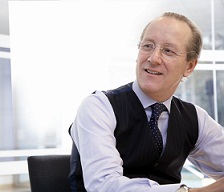 There are a lot of secrets in the BPO business (oh, if only you knew), however, one best-kept secret that is worth revealing, is the Xchanging story.  The UK-headquartered firm is the largest pureplay BPO today, with revenues over $1.1bn.

BPO purists will recall some significant developments, back in the late ’90s, when private equity investor General Atlantic pump-primed two BPO providers to enter enterprise markets:  Exult and Xchanging.  While the former went after the big “lift and shift” enterprise engagements, the latter quietly went about developing BPO services focused on partnering with enterprises, co-developing technology and processes, and developing industry-specific process skills that could be blended with horizontal administrative processes.

Wall Street investors, industry analysts and business media loved the Exult model – it was focused on big-bang deals, exposed the shortcomings of enterprise HR operations, and brought the BPO business to the attention of the media and the industry.  Meanwhile, Xchanging, led by the pragmatic David Andrews, quietly went under the radar building a business that focused on servicing industry vertical processes, namely insurance and banking, and two fulcrum bridging processes:  payroll and accounts payable processing, in addition to other administrative functions.

In today’s market, the message couldn’t be clearer:  the old “lift and shift” model only works when there is tremendous discipline applied to process standardization tied to common technology workflows, while the partner-orientated approach, where buyer and provider work together towards common outcomes, is proving to be the model where both parties are vested in making the engagement successful – and within budget.

As part of our CEO series of interviews, we thought it about time to drag David away from one of his hazardous Dartmoor runs (the invisible cliff edges keep his shareholders constantly on edge) to share his story with us.

Phil Fersht: Good afternoon, David.  When you look back at Xchanging over the its first decade, how would you say it’s developed from when you started out.  How different is the vision from when you began, to where the company is today?

David Andrews: Phil, if you look at the original business case, we’re pretty much bang on track. We set up in 10 years of operation, 10000 people and a billion turn over dollars. And 100 million dollar profit. And that’s where we are now. Got our first contract in 2001. Financially, it’s gratifying, we’re on target. We’ve weathered the financial crisis pretty well, despite having a pretty heavy reliance on financial services. I’m delighted that the enterprise partnership model has become accepted in the business community. When you start a business you’re never quite sure whether it’s your own stupid idea that no one else will think is any good, or whether it has legs, so it’s really been proven that it has legs. Certainly as we now globalized, which is crucial. I don’t see how you can do national BPO for corporations. As we’re globalizing, we’re finding it has a lot of support in Asia as well as the states.

Phil Fersht: For those of our readers who are not all that familiar with Xchanging, tell us about your  enterprise partnership model and how it works.

David Andrews: In my view there are three generic third-party delivery models in the marketplace today. One is an M&A-type model where you buy a piece of processing and then seek to develop it. The second, sitting at the other end of the spectrum, is outsourcing, so lift and shift either on a time and materials or on an output price basis. What we’vedone is put something in the middle which has some characteristics of M&A – which is your seeking to do a capital upside – and some characteristics of outsourcing – which is your seeking to create a discontinuity and a mindset by moving the process. The enterprise partnership is actually a jointly-owned business which not only serves the client customer, but can also serve other customers. Some of our enterprise partners are Deutsche Bank, BAE Systems and Lloyd’s.

The enterprise partnership model is highly attractive when you are dealing with complex things you can’t absolutely define on Day One. If you are doing an M&A or an outsourcing transaction you’ve got to put very tight boundaries around what you’re dealing with because you are either offering a price or a discount on Day One. If you’re dealing with very large, complex back offices, it can be very difficult to put the boundaries with sufficient accuracy. There will be lots of interconnections with other systems. There won’t necessarily be ready-made SLAs and measures as you would find in ITO. So you need different mechanisms for handling complexity and uncertainty. To do so, the enterprise partnership model says let’s go open book, let’s define some outcomes and let’s create a commercial arrangement around the outcomes rather than the inputs. So it seeks to put some commercial certainty around the uncertainty of the complex back office. It enables you to do stuff you couldn’t otherwise M&A or outsource.

Philip Fersht: So what you are talking about, is really what a lot of the leaders and your competitors are now talking about. We’ve gotten to the point, particularly with many of the big horizontal BPO deals and things like F&A, where the price points are pretty similar and the presented differentiator now, is one vendor offering better gain-sharing than another. Do you think this is a reality or a lot of smoke-blowing to try and close the business? We’veseen a couple of recent deals with some pretty innovative gain-share approaches, but you guys have been doing this for a very long time, and it seems only now that your larger competitors have begun trying it as well.

David Andrews: Hopefully, a few more will. I welcome the competition as I think it creates a bigger market. The only thing I would say is that it is quite difficult to do gain share as just an add-on to what you already do. I think there is quite a fundamental mind shift you have to bring about. Without talking ill of my previous company Accenture, I found it very challenging to get them into a gain share mindset. They understood time and materials really well, and we all understand that an input cost-based time and materials model has been brilliantly exploited by the Indian companies. But what we’re talking about here is…”I’m not going to make any money at all unless I create a gain. So I am at risk. I’m not just creating a company but creating an outsourced arrangement where unless I do really well, unless I get the costs down, unless I get the productivity gains up and unless I attract third-party revenues, I am not doing anything.” And that’s a really different and very important mindset because it does take you beyond what you otherwise do. You’ve got to have that absolute determination to bring about the benefits otherwise you don’t make any money. So I am a bit worried about gain-share being a “sweetener”.

Philip Fersht: I completely agree with you here. I think we’ve seen some deals recently where the vendor has done it because they felt they needed to in order to win the business, and now they’re going to be forced to actually try and deliver what they promised or they’ll be punished for it. And I’ve seen some rather cleverly worded gain-share initiatives where the provider might be able to get away with not delivering on some of what they’ve promised, however, I do think some of them are almost deliberately sticking their neck out so they can try and prove they can do this.  But as you’ve said, it is very difficult when it is more positioned as a “sweetener” than as something they genuinely feel they can deliver.

David Andrews: Yes, people often rationalize this in their own way and I’ve seen this in large corporations. You are seeking to create a different set of motivations for both the provider and the customer, so you move away from an adversarial relationship by putting in some sweeteners to win this and then hope it will go back to normal. And the provider who is going to squeeze the maximum out of the supplier by way of promises upfront – that’s a misalignment. I think in the future we’re going to see a different set of motivations where the provider and customer agree that if they cooperate and align as partners they’ll get more out of it. Now that’s a very different mindset than what has historically existed in outsourcing. And it isn’t a soft mindset…actually cooperating as partners is tough stuff because you have to be very transparent. There is a lot more relationship to it, and there are breakdowns to get breakthroughs if you stick together. The tremendous advantage I’ve seen with your big partnerships is that you can actually be braver to accomplish some big stuff because you know your partners are aligned with you.

Philip Fersht: What do you see as the main opportunities for Xchanging, and where you are going to make your future investments?

David Andrews: We put a certain level of investment in to make the transformation in all our enterprise partnerships. Part of our model is that we put money upfront. We are at risk with that money and that further focuses our minds on getting the return we share with our partner. So that won’t stop as it’s an underlying cultural underpinning of the company. What has happened in the last two or three years, and is accelerating, is us taking development risk on renewing technology…reinventing it really. I didn’t foresee that. I thought it would be more of a partitioning of the industry, where you’d still have the systems integrators and the outsourcers and we’d subcontract to them, but we’re finding that we’re investing for our own account in large-scale technology. So, for example, in the U.K., I thought we’d be able to subcontract data center processing but we found we couldn’t get the quality to financial services standards of delivery. We’d get it to maybe a telco standard billing reliability, but not to something beyond Six Sigma that you need for payment systems in financial services. So we have found ourselves investing in things we thought we could buy in, which is causing us to be a much more integrated technology and BPO company. And that is half the reason we did the deal with Cambridge. We knew we had to have strength and depth in advanced systems development, web-based development, and fast transaction-based, real-time systems development for payment systems/exchange systems for us to move into a world where we could genuinely offer that standard of service. I think that would mark out what has changed over the last ten years in BPO. You’ve seen technology companies dabble a bit in BPO. You’ve seen BPO companies dabble a bit in technology. But I think that dabbling at each end of this is out. You’ve got to be really seriously into both of those.

In Part II,  we’ll focus in on the market dynamics, where buyers are achieving some innovation and the convergence of IT and BPO within industry processes…

David Andrews (pictured above) is CEO Xchanging plc, founding the company in 1999.  Previously, David built up Accenture’s outsourcing business and had responsibility for managing major technology replacement programmes in Europe.  Before joining Accenture, he managed a major programme of hospital refurbishment and health care infrastructure renewal in Congo.