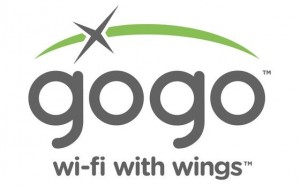 I have been languishing short of the dubious milestone of 3 million Delta lifetime miles for a couple of years now – having moved most of my business to Southwest. This year I am poised to reach it – not because of any Delta promotions or better service. But because of the GoGo service now available on most Delta domestic US flights. In fact, the lion share of the 950 planes today with GoGo service are Delta’s.