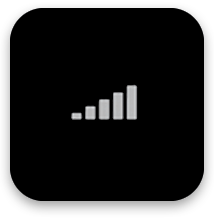 The iPhone antenna drama has just reached the stage of sublime comedy.  Apparently, they’re now admitting their algorithm for calculating how many bars to show has been wrong since the beginning.  They’ll be revising the software so that you see fewer bars most of the time.  I have a bunch of friends with non-iPhones who hate their AT&T service too, but you know somewhere there is an AT&T guy who thinks there service is great and its just that the iPhone has never had a decent antenna and can’t properly figure how many bars its got.

Meanwhile, Daring Fireball has a hilarious translation of Apple PR speak to normal English.  Reading that reminded me of another hilarious piece I’m reading called, “Sh*t My Dad Says.”  Now there’s a Follow Friday pick!  These are work inappropriate not because of pictures, but because you’ll be laughing so hard they’ll know you’re not getting anything done.