The Public Markets and Venture Capital 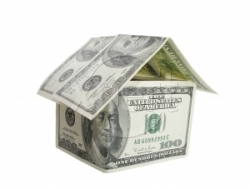 Last week I wrote about the “VC shakeup” in response to a piece in HBR by the same name, in my response to a comment left by my friend Jason Lemkin I wrote:

A big problem here is that the state of public markets makes IPOs extremely difficult and with M&A among already public companies reducing those ranks by at least half, the last leg of the cycle is misfiring and it’s really hurting the venture industry as a result.

In today’s online WSJ there was an article about nanotech investor Harris & Harris expanding in debt financing and equity investments in public companies as a result of the lack of liquidity options for private venture backed startups.

Although the firm plans to continue investing in private companies, “We currently do not plan to make an initial equity investment in a private company until we get increased visibility into the timing of liquidity for our privately held portfolio,” Jamison wrote in the letter.

Since Sarbanes-Oxley we have lost over half of the public tech companies listed at the close of the last decade, which isn’t directly related to SarbOx but is connected because as public tech companies have been merged or acquired or evaporated there has been no stock of new listings to replenish the ranks. Acquisition is now the preferred path to liquidity given the state of public markets but with few companies acting as acquirers we have a situation where simple math overwhelms the health of the market as a whole.

Before we can fix whatever is wrong with venture capital we have to address the conditions in the public markets that are so onerous for new listings… the regulatory regime being first and foremost among the hostile.