Booz and Kearney & Why service mergers are tough 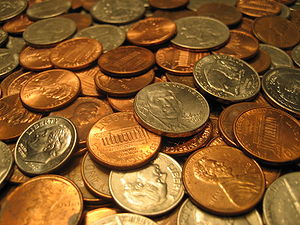 Booz & Co. and A.T. Kearney, two well-known and long-established management consultancies danced with the idea of merging recently but have apparently called off the deal. In an article in the Wall Street Journal today and in another article by a U.K. publication, details as to the breakup are very limited. The Wall Street Journal hinted that concerns over over-lapping skills/expertise was a concern to some partners.

Service firm mergers are tough to do and hard to make work. Partnerships, as both Booz and Kearney are, can bring additional complications. Having been involved in some of these discussions before, here are some of the factors that must be reconciled before service firms can wed one to another.

The partners who never got this benefit will want it or theyâll want to eliminate it from the other firmâs partners and retired partners. Itâs doubtful that benefits can be eliminated once granted. Likewise, itâs unreasonable to expect the merging firm to finance, indefinitely, these retirement claims. I saw this issue completely derail one merger.

2)Material differences in partner to staff pyramids can be deal breakers. If your service firm has a 1:8 partner-to-staff ratio and the other firm in the merger deal has a 1:20 ratio, there will likely be a material difference in either partner income or in go-to-market solutions. The partner income issue could be problematic as the firm with the larger ratio would want to avoid the income dilution that would occur in the merged firm. The income dilution occurs as a result of splitting company income over a much larger pool of partners. There are methods to soften this issue but, make no mistake, it is an issue unless the firm with the lower ratio is very small and is being assimilated into a large service firm.

The difference in market offerings is another area that requires tip-toeing. One firm may be a management consultancy with a small partner to staff ratio (e.g., 1:8) while the acquirer could be an outsourcer with a huge partner to staff ratio (e.g., 1:200). The management consultancy would likely have higher margins and higher billing rates while the outsourcer would have lower margins but much larger revenue figures. While there could be marketing synergies in selling consulting and outsourcing together, creating a single income model that both sides could agree to can be a challenge in this scenario.

3)Which partners will control the merged entity? Ouch â you can see this one coming. Politics will often trump economics here. If the top brass of one firm is under-represented in key operational roles and in key committees (e.g., the income/compensation committee), the deal could be stopped.

4)Culture â Is there âThe XYZ way of doing workâ at one or both firms? Iâve seen dramatic differences in how promotions, work methods, attitudes towards individuality, etc. at play at all kinds of service firms. Some firms are famous for only promoting from within. How could that firm merge with a firm with a rich history of assimilating external hires? In service firms, donât be surprised to find one firm is great at recruiting while the other is great at doting on clients. One firm could be a Fortune magazine top place to work company while the other treats workers as interchangeable worker drones. If the culture misfit issues arenât addressed pre-merger, there can devastating morale and attrition issues down the road. Since people are the single biggest asset most service firms have, attrition is a devastating force on these companies and must be avoided at all costs.

Great mergers occur when the service firms have little overlap in vertical or geographic coverage. In this case, the merger creates a more diversified service firm that is less buffeted by an economic downtown in a specific industry or part of the world. In contrast, when two direct competitors want to merge, theyâll need comparable earnings, partner-to-staff ratios, etc. just to get the merger talks going.

Great mergers require a vision beyond âweâll achieve new economies of scaleâ. Post-merger, the company can lose its market focus and become consumed with sorting out all kinds of internal issues. If the newly merged company canât stay market focused, maybe it shouldnât be doing this deal.

We may never know what was or wasnât considered in the Booz/Kearney deal, but if any of the issues discussed above were at issue, then maybe walking away was the right thing to do.