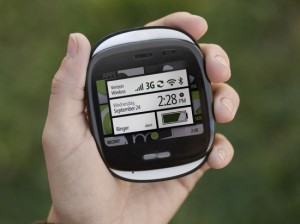 Lot’s of people are piling on Microsoft following the 6 week lifecycle of the failed Kin mobile handset.

Indeed, it opened up Microsoft for a vicious attack from the New York Times (of all places) which wrote, “the Kin debacle is a reflection of Microsoft’s struggle to deliver what the younger generation of technology-obsessed consumers wants. From hand-held products to business software, Microsoft seems behind the times.” (Our emphasis added.)

I have mixed feelings about this, one of those classic “on the other hand” observations that are so readily available in our business. True, Microsoft deserves a lot of grief for bringing a failed product to the market at all and the fact that a mobile handset also involves the participation of a carrier, the pain should be sharp and quick as they not only damaged their own reputation but that of their carrier partner as well (as hard as it is to damage the rep of a wireless carrier).

However, I think Microsoft deserves some credit for recognizing that the product was destined for failure and in pulling the plug after 6 weeks they effectively cauterized an open wound. Now if the next Microsoft “big idea” mobile product is a turd then the critics will have been justified in their criticisms concerning the organizational dysfunction however if their next product surpasses expectations then all will be forgiven.