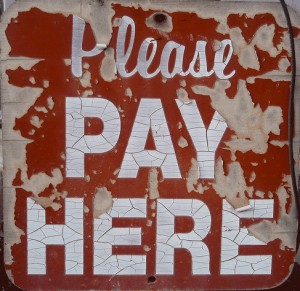 I don’t know how anyone could look at the traffic data coming out of Murdoch’s paywall initiative and not conclude that they are ill-advised and monumentally stupid.

According to data from Experian Hitwise, which charts Internet traffic, visits to The Times of London and The Sunday Times’ Websites have dropped by 66% since parent company News International put those sites behind paywalls on July 2.

Just 12% of The Times pre-paywall audience created a registered account and of that new number of 10% actually agreed to pay for the content. Couple that with 12k iPad apps that have been sold and you are looking at less than $20 million a year in revenue, which come nowhere near close to supporting the cost structure of a newspaper as large as The Times.

As Steve Forbes said in an interview on Bloomberg radio just last week (I don’t have the link and am repeating the segment from memory), paywalls don’t change the economics of journalism and while these companies are driven by an absolute requirement to find new revenue sources paywalls alone are not enough. Forbes went on to describe how a fundamentally different way of delivering advertising, as integrated programs across many sites and tailored for specific advertiser audience targets (not demographics alone) are how they are changing the dynamic.

Paywalls are dumb, most certainly, not because they are an attempt to monetize content or because they attempt, as Murdoch has declared, to focus on a smaller but higher quality audience. Paywalls are dumb because they, as The Times numbers indicate, prematurely drive down the audience denominator number and limit the ability do the kind of integrated advertising strategy that Forbes outlines. The cost to serve the pre-paywall audience is not significant but the cost to create the content is, and now we know, at least so far, that the revenue generated by a paywall on a major media site is insufficient to fund either.