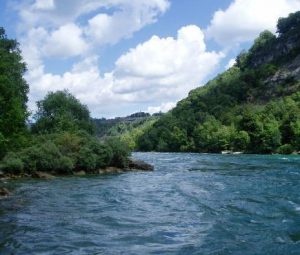 Even though it appears that there is no immediate effort planned to kill off the Frictionless E-Sourcing product (the rumors of its demise seem to start up every year or two), a recent announcement and article in Business Week suggests that SAP is hedging its bets when it comes to SaaS/cloud applications. According to the above-linked article, “SAP is segmenting its emerging cloud-computing strategy across multiple development platforms, including one code-named “River,” which will support lightweight extensions to its on-premises ERP (enterprise resource planning) software … Although earlier indications were that the platform SAP acquired via its 2006 purchase of e-sourcing vendor Frictionless Commerce would play a central role in its on-demand strategy, that doesn’t seem to be the case any longer.” An SAP source quoted in the article suggested that while “the Frictionless platform provides ‘a unique set of components for applications similar to sourcing,’ he said … ‘not much’ is planned for it outside of e-sourcing.”

If this statement proves to be the case, I suspect that Frictionless’ years as an SAP development platform will not be terribly plentiful, as SAP will gain no economies of scale limiting E-Sourcing to its namesake application area. As I’ve written about on Spend Matters many times, Frictionless was a platform way ahead of its technical times. The level of configuration possible outpaced even the reasonable limits of customization in many software packages. For many customers, it has made up for functional shortcomings with architectural and integration solution leadership. Yet as we all know, platforms and architectures are dated rather quickly. Since many E-Sourcing users are running on their own instance, for example, there is no easy way to search supplier lists, best practices, etc…

One response to “Beyond Frictionless: SAP’s SaaS/Cloud Strategy Becomes Clearer”