The 7 Tenets Of Building A “Star Analyst” Firm

Inspired By The Lessons Learned From Others Before Me

One day on a family vacation in June 2009, my dad came up to me and said, “Son, why are you working so hard for someone else?”  Coming from my father, a “company man” who worked 30 years at the same company and rose from the ranks from staff engineer to GM for Technology, I was shocked.  He had always talked about the virtues of a firm, why it was great to have a stable job, and why he sacrificed so much for the kids.  But he looked back at me and said it again, “Ray, what’s wrong with you, you need to start your own business.  You are working so hard for someone else.”  Still in shock, he said, “Tell me what you need and I’ll give you a loan if you need it.”  Well, this was enough for me to finalize the decision to leave.

So, I talked to over 40 successful independent analysts, star analysts, and industry analyst pioneers about what they liked and disliked about their jobs.  I wanted to know the rise and fall of Meta Group and Giga Group.  I talked to Barry Wilderman at Meta.  I reached out to Gideon Gartner’s original crew to see if he built out ExpertNet yet.  I chatted with some of the early Forresterites.  I found some old Yankee folks.  I spoke with AR professionals on their observations.  I talked to Fred Abbot and Linda Ziffrin at V3 about which analysts were successful and why.  For those who might not know, V3 is often described as the Jerry Maguire of the industry for helping to establish many independent analysts.  In fact, their advice was so good, I agreed to sign a contract with them.  Now, some of you even got calls from me about what made a star talented firms work.  And to this day, I am thankful for your great advice and support.  More importantly, the validation that the high quality firm I sought to build could be achieved.  Finding the right profiles for the first few employees would be hard, but if you did it, you had a shot to make a difference for your clients and the industry.

The best practices came from a context of how to build the next top analyst firm.  These conversations with 40 leading analysts provide insight into this craft industry.  However, these tenets apply not only to the industry analyst world, but also to high performing teams of top talented individuals.  Here are the seven tenets I captured in July of 2009: 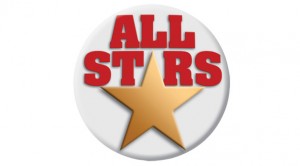 Almost everyone I spoke with began by saying, “Start with star talent.  Don’t make compromises on B-players.”  Then they added, “Most will fail to keep this up over time because the firm gets greedy and focused on leverage instead of client quality.  Keep in mind, if you lack stars, you won’t attract stars.  Set high standards for recruitment.”  The experts are right.  Buyers, sellers, and the media have to recognize your team as market leaders.  The power of bringing together a collection of 2 or 3 stars can impact the market and rapidly carve a niche with the Big 3 (i.e. Gartner, Forrester, and IDC).  The flip side, if you hire non-stars, you will spend too much time trying to build up a brand, train people on deficiencies, and build too much infrastructure to grow.  Clients would take forever to sign up with you.  You will waste sales cycles.  Your sales people would spend too much time trying to explain who you were and what the analysts can accomplish.  You will waste a lot of time on managing each other instead of delivering client value.  Your clients who wanted you but got a junior person, would feel cheated.   The pyramid leveraged model is doomed to failure b/c today’s clients want the stars if you charge star rates.  Imagine if you wanted Tom Cruise but got Tom Koos who was studying to be a Chinese version of Tom Cruise.  Would you pay those rates? No.

You also want to hit hard with high quality and name recognition off the back.  You need to set the bar high for others.  You have to earn the right to be designated a star analyst firm.  The goal – bring in the top 10% of the analysts in the world together.  This is how you command the billing rates.  You’ll need to retain stars but that’s what items 2 to 7 talk about, so hang in there.

Now, not everyone’s going to survive the star model.  If people do not perform or make it, you help for a limited period of time (e.g. 3 to 6 months) and then cut the losses because they did not make the standards, the timing may be off, or the market will not support them.  If you fail to remove those individuals, you immediately lose trust, camaraderie, and respect from the other analysts in the firm.  Your firm will be paralyzed with indecision, poor leadership, and constant bickering.  The stars do not want to collaborate with the non-stars.  The non-stars end up serving as grunts and lackeys to the other analysts.  By playing a supporting role, they quickly lose respect.  Better cut the losses early and avoid the tension.

Another finding, expect analysts to come and go over time.  Build an alumni program because it’s good to have alumni advocates.  Make sure you recognize them and encourage them to be part of the constellation of stars in the universe for collaboration.  Invite them to your events.  Keep them engaged.

2.  Analyst friendly policies and IP rules.
Star analysts have to own their intellectual property (IP).  A big component of their personal brand manifests from their thought leadership.  The analysts value their IP.   Yet, professionals also know they are building a firm.  But you have to preserve their option to leave and go do their own thing when you need to.  Stars shirk the non-compete.  Almost everyone agrees that you donate what you build to the firm while you are there.  This is a key tenet.  However, analysts should always leave with their work products and the company can always keep what is built.  This policy is the most equitable as you are lending your time to the firm and the firm is benefiting by collecting your IP for future use.  Most agree that blogs, books, and some other areas that drive personal brand provide good carve out exceptions.  If a firm clamps down on IP rules, they are recreating the autocratic Gartner’s, IDC’s, and Forrester’s of the old world.  You’ll hinder the best IP from being surfaced and shared.  You’ll keep people from servicing the clients to the best of their ability.  Your firm may need a non-compete because its so onerous to work for and they don’t know how to retain talent.  (Side note: petition to remove non-compete clauses in your state so you preserve your freedom to choose your employer of choice. Employees in Massachusetts did not fight hard enough.)

The other part of IP is about who owns what IP that’s created.  Star analysts are happy to share IP with those they respect.  They also work with other smart people who recognize that IP is not easy to create and the inventor should be respected.  Rules should acknowledge the creator and designate rights as to how IP is used and accessed.  Yes the firm also owns the IP, but the creator while still at the firm should have full control on who gets trained, how much is shared, and how quickly the IP is commoditized.  The 40 I talked to mostly agree that 18 to 24 months would be the limit to make the money back for the ROI of an idea.  However, we all agree that it would be predatory to take someone’s IP and claim it as their own.  Worse, it would be a lack of integrity to take another’s IP without permission and taking credit.  Grabbing IP that you knew someone else had but didn’t want to present to a client that you have would also be wrong.  Even worse, taking someone’s IP, giving it away to a friend for free, and then asking for forgiveness would be an obvious example of bad integrity.  IP is all we have and we all own it.  But you must respect the creator’s rules and decisions.

Lessons learned:  If you want the best, then no non-competes and analysts should have ownership and control of their IP.

3.  Analyst firm self-ownership.
Star analysts must have autonomy yet ownership.  Analysts should have some form of equity that is based on when they joined and also how well they perform.  No one wants to work so hard and then have the company sold without something to show for it.  If you perform, you should have a chance to gain more stock.  If you don’t, you miss out till the next time you perform.   Stars don’t want a static structure where the founders get fat and then get lazy.  You need a free market model to recognize and incentivize performance.

Analysts have to run the firm, not some management operations weenie.  If you have a management operations weenie, they are picked by the analysts and have to report to the analysts.   At about 10 partners, you need a managing partner to set the direction of the company and be responsible for operations.  Managing partners must earn the trust of the super-majority of analysts or they render themselves ineffective.

Major strategic decisions should require a super majority vote of 2/3’s or 3/4’s depending on the issue.  This is one efficient way to gauge the quality and support for an idea.  That managing partner would receive funding from a small budget by the analysts.  When it makes sense, that managing partner would receive more funding based on the size and maturity of the firm.  If any key decisions requires funding, it would require a super majority, or analysts would chip in to make it happen.  Over time, analysts build trust in how they work with each other and some norms become operational practice, especially those with economies of scale that are accepted by the analysts.  The firm must rely on analyst opt-in interest to gauge the market demand and funding of ideas.

Lessons learned:   The team must own a piece of the franchise in order to align with market driven business development priorities.