The web has way of asking big questions of society. And right now WikiLeaks is asking very big questions. WikiLeaks founder
Julian Assange describes the recent release of 90k documents about the Afghanistan war thusly, in a SPIEGEL interview: 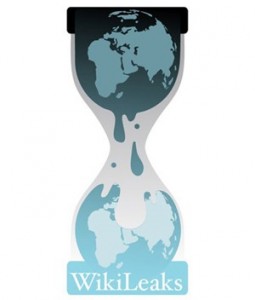 Assange: These files are the most comprehensive description of a
war to be published during the course of a war — in other words, at a
time when they still have a chance of doing some good. They cover more
than 90,000 different incidents, together with precise geographical
locations. They cover the small and the large. A single body of
information, they eclipse all that has been previously said about
Afghanistan. They will change our perspective on not only the war in
Afghanistan, but on all modern wars.

He goes on to say how he enjoys crushing bastards. And he isn’t talking about mainstream media per se, but Jay Rosen notes their new role in history is also in journalism:

Wikileaks has also created a new process for news organizations to offer whistleblowers disclosure through Wikileaks. It provides legal defense, a vetting process and an embargo period before it leaks to the world.

I’ve been fascinated with embargoes, ever since Mike Arrington broke them for tech news.

“It’s counterintuitive,” he [Assange] said. “You’d think the bigger and more
important the document is, the more likely it will be reported on but
that’s absolutely not true. It’s about supply and demand. Zero supply
equals high demand, it has value. As soon as we release the material,
the supply goes to infinity, so the perceived value goes to zero.”

This goes against what many have believed about what blogging, open source and more. That if you just made things bluntly transparent, the web would go to work, like earthworms through soil, digesting it all. But I think Wikileaks is fitting into the world it is changing. Some leakers will be attracted to submission through this process for its benefits and with mainstream brand at the end of it.

More importantly, making news out of volumes of disclosure takes both time, and a reason to commit to time. I’m not saying it needs specialist expertise, because given enough time and openness, such expertise tends to find itself.

But its also reasonable to infer that Wikileaks is about to co-opt the media, and become part of its body politic. And while many news organizations may decry their new role, I believe its the first time in a very long while where the web is really making the third estate stronger.

You see, one of the fears many of us have shared is that the decline of journalism will be most acute when we lose investigative journalism that keeps the state in check. Society doesn’t need newspapers. What we need is journalism. — Clay Shirky.

Now Wikileaks won’t necessarily replace a city beat reporter who sits through city council meetings and chases down leads through city hall. There is promise in new models like the Ben Franklin project which starts with citizens suggesting local coverage and 2.0 infrastructure that gets things to print over time.

But previously there has never been a good answer for how the media will evolve and bring to light the big issues that nobody will pay for up-front (and the powerful stamp down). Wikileaks is a non-profit organization playing a valuable old role in a new way in the news ecosystem. Sunshine is the best disinfectant, and the gloomy clouds of journalism just parted.

And the role of Wikileaks in the State is a check, but the balance is a far greater topic than this post.