More tenets for the next-gen analyst 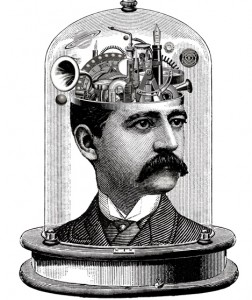 Good friend Ray Wang lays out his 7 tenets of starting a new analyst firm – it’s a nice summary of his own decision process as he exited Forrester and what he has learned since. I would like to contribute a few more based on my book experience over the last year about what a next generation, “polymath” analyst firm should aim for

a) Look way beyond IT 3LAs

Three letter acronyms define old school analysts. They package neat categories of technologies. The real world needs solutions which often cut across categories. Not just IT categories, cleantech, biotech etc. We need a new generation of polymath analysts which follow the path of Kleiner Perkins which over the last few years (as my book describes) has aggressively moved past its roots in information technologies into clenatech or that of Intellectual Ventures formed by ex Microsoft CTO, Nathan Mhyrvold  whose interests are in computer hardware and software but also more ambitious ones, including as its website says “ advanced medical procedures, digital imaging, nanotechnology, nuclear energy and advanced particle physics.”

b) Focus on innovation and solutions from “buyers”, not just “vendors”

More and more so-called “buyers” are increasingly “tech vendors”. BMW’s cars have millions of line of software code and hundreds of sensors. Hospira does not just sell IV fluids, it has an infusion system with scanners, complex displays and sophisticated algorithms. GE delivers technology to aviation, healthcare and many other industries. My book has many such examples. But the traditional industry analyst has not recognized this blurring of who is “buyer” and who is “vendor” of technology.

They are snippets of 1-2 paras in a 400 page book, but I have been impressed…