The Thing About Analysts – And PR/Marketing Folks

I was reading Ray Wang’s great post on “The 7 Tenets of Building a Star Analyst Firm” and then Vinnie Mirchandani’s  follow up “More Tenets for the Nex Gen Analyst” and it got me to thinking – on a tangent, but on something that might matter to all those PR and marketing people responsible for analyst relations and to anyone who deals with analysts in the industry any day of the week because they need/want to. 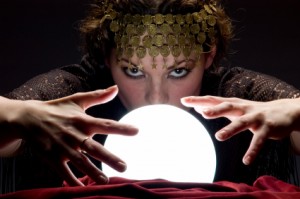 For reasons that are unclear to me, analysts are given enormous amounts of power when it comes to influencing decisions.  I would imagine that the power emanates from the perception that the buying public will listen to the analysts thinking (which ranges from outstanding to not so much that) and have their buying decisions influenced disproportionately by analyst recommendations.  If they are listening to a Ray Wang or Vinnie Mirchandani for example, then the public is in good hands – and their analyst fame is well deserved.  But like anything else, there are good analysts and bad analysts.  Ray and Vinnie are highly influential analysts because they are smart and cogent and reasoned in their thinking. There are others who, well….they are not at the top of their craft, let’s just say.Conversely, most industry analysts (I’m often included in that bucket, though I don’t think that of), are of interest to companies that are trying to make an impact in the marketplace. The companies understand that a well placed word or two from one of the more respected pundits can get you somewhere. Its not going to increase the bottom line, but its going to increase mindshare and street cred and validates the company’s claims, which can lead to market share, which leads to increases in revenue.  The “get-on-the-analysts-radars” is a serious game for them.

For example, I get between 20-30 requests a week for my time from marketing and PR representatives from companies I know and companies I never heard of.  For a conversation perhaps?  Maybe a demo? Or whatever.

I try to be courteous and respond to as many as possible, even if to say no thank you.  But I’m also a human being who wants a life. So I need to be choosy about which ones I respond to, what I agree (or not agree) to and how I say it.  Often, when I do respond, its seen as a “respond back, start a dialog” opportunity” so I have to respond again. My bandwidth is somewhat limited, so each of the requests takes a decision of some sort from me – which means I’m prone to respond to certain types of emails.  And prone to immediately zone out to others. But all in all, I look at all of them and decide something.

So, before I go any further, please consider a past, present and future blanket apology to those I don’t respond to. I don’t mean to be rude or self-important. I just don’t have the bandwidth to agree to see everything that everyone requests. I feel bad, I really do, because I know they are only doing what they think is best for their company  – and I respect that.  But I can’t and won’t respond to everyone. So again, my apologies.

That said, I do take some of them and listen and even will try and help if I can move something forward. But getting my attention and by extension the attention of the Ray Wangs and Vinnie Mirchandanis is very important.  In the age of social whatever, some personal knowledge is very important to that. I often get pitched from companies that I either have a longstanding deep relationship to and the person pitching me from some external PR firm clearly did no homework and didn’t know that – shame on them for not even asking the client – or they know nothing about me or what I do and I’m a nameless faceless entity that is getting a generic email shoved down its throat…