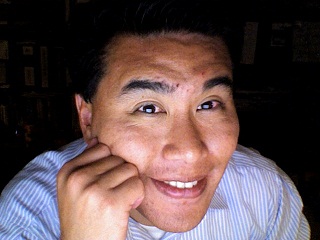 There is only one Ray Wang.  Thank the Lord, because if there were two,  the Twitter servers would likely fall-over and the industry wouldn’t need anymore analysts.

In all seriousness, Ray Wang is a true dynamo in the technology and social media world, having made his name as a superior analyst at Forrester Research, with spells at PeopleSoft, Oracle and E&Y, before co-founding research-based advisory firm Altimeter Group.   He also has an industry-standard blog “A Software Insider’s Point of View“.

I only ever seem to meet Ray at the oddest times of the day – most recently he took me on a midnight guided tour of his University town, Baltimore (Ray went to Johns Hopkins), and we also staged a late-night pool tournament at a vineyard somewhere in Georgia.  Anyhow, while I was sinking the winning black, we threatened to share some views together on the industry, and thought we’d air some recent discussions we had about the world of social media and the convergence of software delivery and outsourcing… here’s Part I:

Phil Fersht: Ray – you’ve been pretty immersed in the world of social media for quite a while now. As it seems to be having a major impact on the potential customer experience, how do you think enterprises and service providers need to approach embracing social media and tools and technologies?

Ray Wang: Companies need to quickly start embracing social tools, because their customers are increasingly using them. But some organizations don’t even realize their customers have moved. For example, we met with a client about a month ago that had just discovered it could shift 20 percent of its marketing budget online and reach 40 percent of its audience. So the one thing we’ve really been focusing on is customer insights. Who is your customer? Where are your customers going? Facebook? Twitter? Where are your competitors going? To do this, companies need to start with the analytics and the insights, build a social media case and then work their way from there.

I also think there is a significant component when you think about BPO for the cloud. The reality is, we’re actually moving very quickly back to the old service bureau models from 1960. If you think about what you need to do on social media analytics, what you can do to tie social back to contact centers – all of this is going to come back to having efficient services and operations that are better connected to how people are using those services. So when people argue that social is just a channel, I would counter that social is a different manner of how people are going to be working. And that’s going to have an affect on all service providers.

Phil Fersht: Yes, absolutely, because the services business is an entirely people-driven business. The quicker you can get information, the quicker you can find solutions, the quicker you can bring minds together, the more powerful it can be. For example, we’ve had a really interesting case discussion with the London School of Economics, which has been working on a grid computing project that essentially ties together six of the most eminent physics institutes in Europe into a private grid. They really feel they’re at the point where they’re almost walking into a room where 20 scientists are together exchanging views and information. It’s a great example of a microcosm of what a private cloud, or ultimately the cloud, can do for a collective community.

Ray Wang: And if you look at it from a dollars and cents perspective, a customer can probably shift today up to 25 percent of its marketing budget to digital and it really isn’t going to make a difference to their non-digital efforts. It’s the significant transformation occurring, or that must occur, at the chief marketing officer (CMO) level that will drive more results in digital. And here again, it’s about the analytics. The role of analytics in decision-making is only going to expand. So CMOs have to be able to take that quantitative data and make qualitative decisions from it. And to do that in a social media world, they have to be tech savvy and course-correct within days, instead of weeks. They still have to be creative, but their role is going to continue to transform because they have to deal with the tests out there, and see if they’re still engaging with their customers and improving the customer experience. The driver is really about engagement and influence.

Phil Fersht: In terms of how clients can acquire these skills – not everybody can go out and find marketing people who really understand analytics and Google searching and things like that. Do you think there is going to be a move to providers who can deliver almost full service marketing coming in to play here? Or do you think it will be more disparate with little niche agencies coming up in certain areas?

Ray Wang: Companies are super specializing, even in industries. It’s really the micro verticals, the micro industries, where the profit margins and differentiators are for both software companies and service providers. Especially with Cloud – there’s a whole bunch of stuff that just goes away, and if you don’t specialize, you’re pretty much going to be out of the picture. So things like storage technologies, middleware, databases, hardware platforms…all the different kinds of commoditized infrastructure essentially go away. So as a software company or service provider, what’s your next step? You’re going to have to get into the applications, keep verticalizing solutions, and keep delivering on the value add whether building tools for creation or delivering an applications in the field.

Phil Fersht: So, in a roundabout way, that brings us to what software assets service providers should buy to reduce their dependencies on the big ERP vendors. Unless you want to buy the support operations of an existing company to get into a particular industry, you need to acquire some genuine IP in an area that will bring customers to you. I keep a very close eye on M&As in this space, and see about one a week right now, where one of the large BPOs picks up a $10 million piece of software and maybe 20 or so clients along with that.  They’re trying to do is trying to build a common set of processes and leverage it across as many clients as possible. And we’re seeing this happen pretty aggressively in industries like financial services,  and starting to see it in the healthcare space – and even verticals like travel.

Ray Wang: Yes, all the verticals are starting to pick up pieces. What I don’t get, is why the providers don’t buy the integration software too? Because at the end of the day that’s the more important piece and they’re going to have to pull all this stuff together. So the Informaticas and all the hybrid SaaS offerings out there…the service providers need those. They need the client-side ESBs or all the geeky middleware. They can keep OEMing it, but once they’re big enough it doesn’t make sense for them.

Phil Fersht: You make a very good point, because when we look at the ITO space, integration of the service is a trend we’re picking up. A lot of the new growth is happening with enteprises expanding their infrastructure services engagements.  The up-and-coming service providers who want to have IBM’s and HP’s lunch – especially the Indian providers, we’re seeing push heavily into the infrastructure space with their bold style of looking at a project, doing a quick assessment and thinking, “Let’s just do this”.  They are realizing they should develop some competency there, and are going to look increasingly at picking up some of these infrastructure tools and capbilities. I think we’ll start to see more of this happening aggressively as the market proliferates, and a lot of it comes down to when these companies are going to become more reasonably priced.

Ray Wang (pictured) is Enterprise Strategist and Disruptive Technologies Expert and a Managing Partner at analyst advisory firm, Altimer Group.  You can rach Ray at R at Altimetergroup dot com.  You cal also follow his tweets at @rwang0

One response to “Wang / Fersht uncut. Part I”