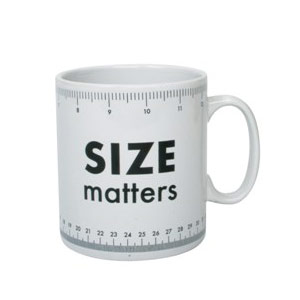 I have an evolving relationship with Twitter… I discover a lot of interesting links via my follow list but I actively manage my follow list to limit it to people I actually know or those who I find really interesting and thought provoking. I should also say that I don’t think my follow list is well groomed and there are a lot of people who would make it under either criteria but following them on twitter just isn’t the first thing I think of doing.

I watch the people who follow me via the email notifications and have noticed something quite obvious, a lot of people build large follower lists by following a lot of people.

This observation, which in itself is really not much more than stating the obvious, caused me to ask a question, appropriately as a tweet: do you need to have a large follow list in order to have a large follower list. This prompted my friend Josh Elman (who also happens to work at Twitter) to respond.

I think size shouldn’t matter as much as quality – and if you create great content and participate well, you’ll get quality

I generally believe in this but it’s not a simple matter once you get outside of the top twitter profiles, let’s say the top 1,000, that are celebrities or other public figures (and ironically those least likely to actually tweet on their own behalf!). These are people who have integrated Twitter into their already established popularity; they have not used Twitter to establish their popularity and the statistics suggest that they really would not be accumulating such large twitter followings were they not already popular.

Osen Komura ran an interesting experiment where he created a fake twitter profile and followed 34k people, and in turn he acquired almost 9k in return. Komura’s experiment confirmed what many already know, a method by which you can accumulate a large twitter following is to follow as many people as you can.

All of this gets back to Josh’s point about quality, which I believe and it’s why I follow 367 people… it’s what I can reasonably follow and while I don’t obsess over every tweet I do keep an eye on the stream and pick up interesting items. Having a large following also does not equate to being influential, which is at the core of Josh’s comment. So if influence and popularity only have a passing relationship then it is possible to be influential with a less than eye popping twitter following? Probably and I just read this really good post on doing just that, but if there is one takeaway worth remembering it is that you should treat your twitter account as another website that you drive traffic to.

I recently read this post about the changing dynamic of vendor and analyst influence… I’m not sure where this fits but it seems relevant to thrown in here as long as we are talking about influence and popularity.