The Bootstrappin’ Team: All Starters 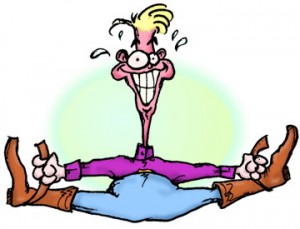 This is my third post on Bootstrapping a Company in the Internet Age.  We started with Bootstrappa’s Paradise where I explained why whether you plan to raise VC or bootstrap your idea all the way, both roads are bootstrapping.  The world will no longer give you a pile of money for an idea, a slide show, and a team.

This installment is all about what kind of team it takes to Bootstrap an Idea into a Business.  Putting together the right team is a problem you’re going to face right up front, and if you don’t get the right team, your idea is going nowhere.

The Bootstrap team will consist of from 1 to 4 people.   The number, in and of itself, tells us a lot about the Team.   Let’s say we have a cool enough idea and enough motivated friends that we get 4.  Why not 5 or 6 or even 10?

Remember, the goal of the Bootstrap is to get to cash flow breakeven as soon as possible.  The more overhead, the harder that’s going to be.  But there is an even more pragmatic goal than cash flow breakeven.  Cash flow breakeven sounds wonderful, but let’s be brutally honest.  The Bootstrap Team starves while the company is trying to get onto its feet.  They starve either financially, because they don’t have a Day Job to pay the bills, or emotionally, because they’re trying to do it all while still holding down a Day Job.  They aren’t paying themselves much of anything, so Cash Flow Breakeven can be a bit of a gray area.  Make sure you’re thinking Cash Flow Breakeven after the team quits their Day Jobs and needs a real paycheck.  It need not be a lucrative check, but it has to be enough to keep them going indefinitely.  That’s my definition of Cash Flow Breakeven because until you get there, you haven’t really completed the Bootstrap.  In the end, it isn’t clear that an extra 4 to 6 people on the team, more mouths to feed, will really get you there enough faster to be worth it.

This brings me to my second observation about the team.  They really have to want to do it.  They have to believe in the product and market and have the passion.  It’s not just a Job, it’s an Adventure.  Why else would they starve?  Figure its going to take up to 2 years to get to the ideal of being able to quit your Day Job.  That’s not a short haul.  Maybe you get there sooner, but plan for 2 years.  Some of the more famous bootstrappers talk about spending the first year building product and the second year building momentum.  Yeah, I know, everyone is yacking about slamming together a product in less than 6 months.  That’s cool if you can do it.  But I’m not talking about a free demo.  I’m talking about getting to the point of revenue.  Where someone will actually pay you for what you’ve built.  Yeah, that matters for a Bootstrapper.  Gettin’ paid is important!

Okay, what’s the last thing about the Bootstrap team to think about?  You need a critical mass of starters.  I’ve written about the idea of starters before, and much of my thinking was crystallized after reading 37Signals latest book, Rework.  Starters are people who do something other than manage other people.  They write code, create marketing programs, talk to customers to help them or sell them, and all the rest of the myriad tasks any business needs to get done.  You can hire it out to consultants, but that’s raising your burn rate again and making people starve more.  Some of it you’ll have to hire out.  With a team of 4, you’re not likely to have a bookkeeper or a lawyer to set up the corporation.  But keep it tight.  Ask who will do the key jobs:

–  Product Development:  Who will write the code, test it, and write any documentation you’re providing.  Who is your product visionary?  Who is the UI expert?  Who does the backend scalable server piece?

–  Marketing:  I’m talking about your demand generation and web presence.  Lots to do here.  Who will create your website?  Who will administer your marketing programs?  Who is coming up with the marketing content?  Who is doing graphical design work?

–  Operations:  Who will deliver the service?  Who will set up and run your data center (trick question: you are wasting your time crawling around cages at a colo.  Put your service in the Cloud!).  Who will do Tech Support for your customers?  How are you fulfilling orders? Who manages the raft of software to do payment processing, order taking, manage customer lists, and whatever else associated with tracking and administering your customers cradle to grave?  You don’t have time to write all that software, it isn’t differentiated, so you have to buy it.  Nobody makes a one-stop suite to do it all, so you’ll be pasting together a patchwork and trying to make it seamless.

–  Leadership:  Who will be CEO, Product Manager, Office Manager, and Den Mother all rolled into one?  Who sets the priorities and directions?  It can’t all be run by committee, though there can and should be a lot of consensus.

Are you starting to get a sense of just how unique a Bootstrap Team is, what they have to accomplish, and how hard they must work?  Think very carefully before you add someone to the team.  The more hats they can wear, the better.  It’s all about rolling up sleeves and getting it done.  You’re sharing a foxhole that’s way forward in the battlefield.  Who’s got your back?

What about Stars?  Why didn’t I call for a Boostrappin’ All Star team?

Stars aren’t always Starters.  When they are, hire them, by all means.  In my book, the real Stars are also Starters.  But, many Stars are those who are particularly good at managing people as opposed to producing any particular content of their own.  They are tall, charismatic, and went to the right schools.  Guess what?  That stuff doesn’t help you an awful lot to Bootstrap.  You can’t afford the overhead of that tall, good looking, sweet talking CEO if that’s all he can do.  You can’t afford the overhead of the brilliant developer geek who has graduated from coder to architect.  If he doesn’t want to get his hands dirty writing code, he’s not for you.  Send him to a bigger company.  Starters are often much more ordinary seeming people.  It isn’t because they’re less smart or talented, it’s just that they didn’t get there through the skill of impressing and manipulating people.  They got there by doing it themselves.

Beware the other end of the spectrum too.  Bootstrap teams are no place for interns, beginners, junior players, bad programmers, or anyone else that can’t pull a full load.  Nobody will have time to train them, check their work, or fix their mistakes.  You’re looking for the business equivalent of a tiny elite combat team that can be dropped behind enemy lines without money, weapons, or identification and they will make it back alive, well, and ready to do it again.

I’ll be talking next about coming up with the Idea.  Get your team together first, if you can.  I know it helps to have the Idea to sell them, but getting even one other person in the boat will help you to shape the Idea.  Plus, having a keen awareness of the Team’s capabilities will help you know what you can or cannot really deliver.

Links to the Bootstrappa’s Paradise blog series as well as other useful resources for Bootstrappers.

One response to “The Bootstrappin’ Team: All Starters”