Stamping Out Procurement Fraud in the UK and Beyond 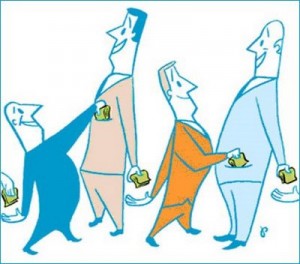 I remember as a kid, when my father, who ran the printing and copy shop for a major university, told us about the good-will gestures that various vendors made to him. Fortunately, to the best of my knowledge, he turned down all of them. Yet procurement fraud remains a clear and present danger to all companies, non-profits, universities, governmental agencies and departments. It’s something that is rarely written about, but that is clearly on the minds of executives. In past lives, I’ve even been asked if I would contribute something as part of a deal back to a party who helped facilitate it (knowing me, I hope you could guess my response).

Given the scarcity of coverage on the subject, it’s invaluable when a publication with the depth and credibility of CPO Agenda tackles the subject, as they did in the recent above-linked article. Most recently in the US, managers at Best Buy, were accused and admitted to conspiring with suppliers in a long-term fraud case. And in the UK, as CPO Agenda suggests, more incidents are coming to light, in part as a result of new anti-fraud legislation focused on foreign bribery and corruption. This includes “bridge-building firm Mabey & Johnson,” who “became the first large British company to be convicted of foreign bribery after admitting that it had paid bribes to ministers and officials in Africa, the Caribbean and the Middle East to secure orders.”