Lets DO This! SCRM in Practice, Work in Progress 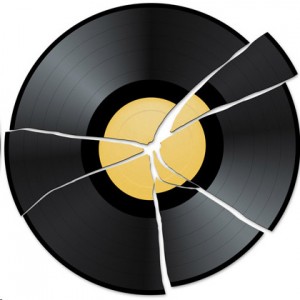 There used to be this expression that started like this, “at the risk of sounding like a broken record….” but it occurs to me that with the advent of mp3 and lossless versions of recorded sound, that’s a totally arcane, almost ridiculous phrase.  “Records” don’t “break” unless you’re talking about breaking a sports record – like Jeter surpassing Lou Gehrig for most Yankees hits last year.  But nonetheless, the idea is what counts not the terminology….which, actually, is the point of this whole post.

Look, I know I’ve said what I’m about so before (at the risk of sounding like a damaged mp3 file…hmmm, doesn’t have the same panache) but I’m going to state it again – whether you agree with me on what I’m going to say and what you do about isn’t up to me – but nonetheless here goes…..

Ultimately, we probably all can agree on this much. Businesses don’t care what you call Social CRM or CRM or how you define it. They care what they call it and how they define it. Most still call it CRM; some even call it Social CRM already which is why there is now a CRM industry sub-segment called that which Gartner defines as a $1 billion piece of business in 2011.  In other words, CRM is already an industry with a name  – whether you like the name or it suits your personal or corporate agenda or not.  AND Social CRM is a subsegment of the CRM industry that has been validated from multiple sources – whether you like it or not. When you Google “Social CRM” now you get 412,000 results. When you Google “customer relationship management” you get 3,180,000 results. No other name even comes close (trust me, I checked). So to claim that CRM or SCRM is something else or dead or something that no one cares about is ludicrous at best and muddies the waters in addition – making it more confusing for businesses.  Some advice to the naysayers or those who are in the industry trying to rename it or deny it for self-promotional purposes.  I’d leave well enough alone or you stand a chance you might confuse the very businesses you are trying so mightily to impress. They already call it CRM and/or Social CRM.

I love…NOT -reading reports that tell me that CRM “served its purpose but is now not a business concern anymore” or that “no one wants to hear about it anymore.” This so called moribund industry is to be somewhere between $13-$16 billion in 2011 and has forecasted growth through the latest anyone is willing to forecast – around 2015, depending on whose reports you believe. I also see positions like CRM Manager and VP of CRM or recently Social CRM Practice lead, for major companies coming across my desk frequently and as recently as yesterday. Plus check the job boards.

I saw one claim that Gartner’s Customer 360 Conference was successful because it concerned itself less with CRM and more with social stuff and customer experience.  Well, having helped the planning of that, I know that in fact it was Social CRM that was the addition this year, not just social and not explicitly customer experience  – how could the claimant ignore that Gartner made a big deal of a Social CRM Magic Quadrant – plus some really smart thinking on the part of Juan Fernandez, who runs the events management for the conference. It was emphatically NOT the “move away” from CRM.  Without revealing anything, the post mortem supports my overall claim here. Plus, since I was the chairman of the CRM Evolution 2010 conference that was owned by CRM Magazine – I know that the reason that it had nearly 900 people at that one was because it was a CRM conference that incorporated some great content which included Social CRM – which as you know is an extension of traditional CRM, if you remember.  In fact, probably because I’ve been so immersed in Social CRM activities and working closely with the social vendors,  I was shocked that when I moderated the Enterprise CRM leaders panel with the key players at SAP, Oracle Microsoft and RightNow, the questions were focused on traditional CRM stuff as much or more than anything else.

So the interest in traditional CRM, far from “going away” or Social CRM far from needing a new name, is probably as robust or more robust than ever.

What is the friggin’ point in renaming a well established industry that grew even during the recession or trying to reinvent the wheel simply because things have changed. What’s changed is the customer – business has to respond to that. Should we rename Major League Baseball something else whenever there is a significant rule change or HOF candidate players move to another team?  That’s about the equivalent that some of these self-aggrandizing sorts are suggesting.  But, hey do your thing. Change the name.  Be afraid of the “taint” and reposition yourself.  Make your bones. Whatever.

Lets Get Beyond The Endless Discussion – LET’S DO IT!

In those endless discussions about this subject, there are several things that seems to get overlooked or at least underplayed – and its the most important point of all.

In the last 7 years:

But it goes so much further….

Martin Schneider in his recent CRM Outsiders Blog posting “Moving Into the How from the What of Social CRM” makes an important point:

“Best practices in social CRM have not been as forthcoming. I think the “how do I start?” issue is a major obstacle, followed by “how do I measure?”

Martin and I differ a bit because he calls this a technology trend where I think its a bigger trend than just technology. It indicates a necessary change in business thinking, models and programs – which of course is supported by process transformation and technology systems etc.  But the fundamental point is the same. There is a lot of discussion around Social CRM – whether you want to call it that or not – that’s what its being called – and that discussion is now mainstream.  However, what isn’t mainstream and is far from it is the actual implementation of the strategies and the programs that are defined by the empowerment of the social customer – and the implied empowering of those customers who are not social – but, because the tools are so cheap if not free for making oneself – social, the threat of that has a lot of power unto its own.

Okay with all that said and as I’ve said ten million times at least (maybe more), its now time to just let it go, folks. The “it” is the continuous blather on the definition of Social CRM and the viability of CRM.  I know that me saying it isn’t going to stop those already doing it – they can and will do what they want – but I’m just SO sick of it, I can’t tell you and I’ve pretty much unsubscribed to all the people who are doing this at this point though I still see there stuff because of its mind numbing frequency.

What I think needs to be done now is to start figuring out how to make these concepts work for businesses. Use whatever definition you want.  Call it technology if that’s the way you roll – or a business strategy – or a program – which is what I’m calling it lately.  Call it a new business model – that too.  Here’s my starting point:

I find social CRM to be the program developed to execute a customer engagement strategy based on the continuous improvement of the customer’s experience with the company. In its most advanced form it is the program for a collaborative value chain at a company that involves the customers in the development and implementation of the company’s business plans to varying degrees – depending on the company.  It will, done right, provides mutual value.

With that, there are a few things that I think we can all do with our respective media outlets, the next several months.

Starting next week, I’m launching the two podcasts that will move my work in the direction of “doin’ it.”  That means Experience on the Edge (EOTE) and most germane, Work In Progress WIP).  They will be launched under auspices of Social Media Today and at least as far as I know, hosted on the actual Social Media Today site.  I’ll provide  you with the URL and the subscription information as soon as I have it.  The plan is every other episode for each.  The first will be an episode of Experience on the Edge, because its easier to put together, truthfully.  Work In Progress will be about what I outlined in #1 and #3 above – case studies, good and bad and people who are doing the actual work.  This is a jobs based approach to SCRM – because when I’m done, you’ll hear from those who are doing it.  Not the folks like me – we’re all doing too much of the talking at this point. But the folks who deal in the practitioner and vendor side of the actual businesses – those we consult with and those we don’t. So maybe you’ll hear from a supply chain manager who is tasked to develop a customer-centered supply chain. Or a marketing person who is told they need a “social media strategy” at a company that might not have a clue about what it takes to develop it.  But its all  in the spirit of moving the needle from the silliness of overdefinition to the roadmaps that will allow businesses to actually succeed when it comes to engaging their highly demanding customers. Social or otherwise.