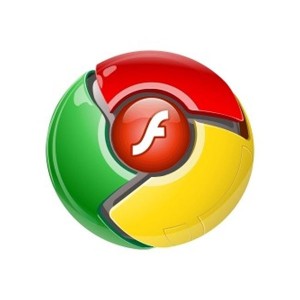 I don’t get the whole Intel buying McAfee thing.  Sure, security looks like a good business.  But Intel is a chip company.  Yeah, microprocessors are mostly software down under, but that doesn’t mean Intel has the soul of a software company.

Call me Old Fashioned, but I’m in the camp of thinking there needs to be some kind of synergy for it to make sense to combine entities like this.  Vast amounts of data exist to show that most of the time mergers destroy value rather than creating it for all sorts of reasons:

–  Cultural misalignment destroys the productivity of one org.  Chip companies have much different cultures than software companies.  Not clear just how Intel and McAfee will fit.

–  The perceived value paid was way less than the actual worth when the calm light of reason set in.  Skype is a fine company, but it sure was a bad idea for Meg’s eBay.  The 60% premium Intel is offering is probably what it takes to move an otherwise healthy company into a merger.  But Intel’s track record of getting into new businesses is very spotty.

–  Skullduggery.  There’ve been notable cases where companies merge largely to offset problems with the numbers of another company.  Sometimes one or the other is completely unsuspecting and a very unhappy story ensues.  Look into Peregrine’s acquisition of Remedy for just one example.  Not suggesting there is any skullduggery.  I expect quite the opposite.  But I wanted to create a sense of just how many ways there are for these things can fail.

There are many more reasons I won’t go in to.  Synergy provides that margin for error that helps offset the elevated testosterone levels clouding judgments about a merger.  With proper synergy, mergers can do great things.  Ideally, companies need a merger strategy that identifies what sort of synergies they’re looking for and what the playbook is for replicating merger success.  Look to Oracle and Cisco as great examples.

Frankly, McAfee should have been snarfed by someone with major Cloud ambitions.  The Cloud needs serious security, and there are synergies with the Cloud I won’t go into here.  Suffice it to say that some powerful potential exists when you own a good-sized Cloud and can take responsibility for defending its inhabitants from outside threats.  That will be a more and more serious value add over time.  Oh well, need to check how much Symantec is up on the expectation someone will want the remaining player.  IBM?

And now, take the completely random thought about Google acquiring Adobe.  That’s not just linkbait; there’s a lot more synergy there than I can see for Intel and McAfee:

–  Google and Adobe are both software companies.

–  They’re both focused heavily on the Internet.

–  They’re both engineering geek cultures, of differing sorts.  You got your ponytail Unix guys and your designers.  If you can get them to peacefully coexist, that’s a mighty strong cocktail.  Adobe’s origins in Postscript as delivered by PhD computer scientists like Warnock fit the Google mold.

–  There is a nice synergy in their products.  From Google’s perspective, think of it as extending their dominance from not just search and advertising but to the “last mile” where the web sites are created.  For Adobe’s part, nothing says Internet more than Google.  We won’t get into which is the cream (Adobe) and which is the coffee (Google), but these guys go together well.

–  Not clear to me how well Google plays the Enterprise game.  Adobe would make a nifty Enterprise division for them.

–  I’ve talked in the past about Google UI.  Okay, I ranted, and in fairness I ranted a bit at Adobe as well.  But GOOG are the masters of min-UI.  I won’t call it thin client any longer, but they do minimalist UI well.  Adobe get rich UI ala RIA.  It would be interesting to cross-pollinate the two.

–  Google wants to own more of the non-textual world, and they’re pretty good at it.  YouTube is no slouch and image search rocks.  Adobe adds to that.

–  Maybe that Flash VM is not a bad addition to the portfolio just in case the whole Oracle patent suit gets out of hand.  GOOG is already very cozey with Flash.  Imagine them buying ADBE and putting Flash totally into the Open Source world.  It already has huge market share.  Totally Open Sourcing all aspects of it would end the proprietary bitch.  It’s a great phone and tablet app system.  Sure would be a game changer.

–  Python for server work and Flash for UI is a very modern powerful combination.  GOOG is adding some interesting image capabilities to AppEngine too.

The whole thing would be a pretty amazing game changer if you think about all the implications.

I wanted to acknowledge that Google fixed my UI beef with GMail on the iPad.  Thanks, guys!