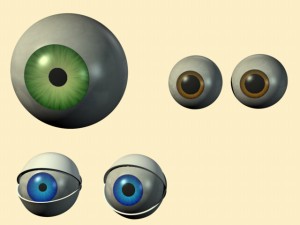 Remember how we told you it was time to stop building microsites, think like a broadcaster and build channel? Well, big brands have been doing that very successfully. In fact, according to this article in AdAge, in many cases branded sites are being completely eclipsed by “owned” social media:

“Coca-Cola, with its 10.7 million Facebook fans, has three to four times… [the number of] Foursquare registered users. (There are at least 11 brands whose Facebook fan pages have quietly grown bigger than the biggest geo-location providers.) That certainly trumps U.S. unique visitors to Coke’s brand website, which fell by more than 40% to 242,000 in July compared to a year ago, per Compete.”

Of course the only problem is those eyeballs are not portable. They effectively belong to Facebook, no matter that Coke and others have spent millions in media dollars on the platform to drive membership (as they do to drive traffic to their branded sites) and the fact that those people have opted into membership on their brand page.

This of course leads to a very interesting concentration both in terms of audience (Facebook owns it) and media dollars (Facebook gets an increasing share since they deliver it to the right people – and measure the results). Pretty much a win-win for Facebook… but something that brands, accustomed to simply signing cheques, rather than helping shape the advertising platforms they’re using, need to start thinking about very seriously.

The article goes on to point out that Facebook is essentially morphing into a CRM solution – a “big list broker like Experian” – except that they are free. Of course the irony is that brands are subsidizing this new facet of the site, and if Facebook decides to change their revenue model, they could also end up paying for what they helped build.