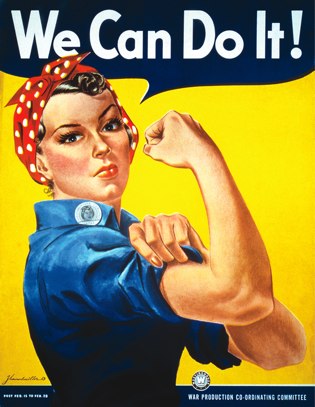 The WSJ wrongly takes aim at Mike Arrington on the topic of women in tech. I don’t agree with him that not enough women want to become entrepreneurs (but I’m married to one so I’m biased) however I do agree that the WSJ is flat out wrong to target TechCrunch for an issue that is not of their making nor within their power to solve.

For the most part I’ve sat on the sidelines over the years during the endless debates about how we need to do more to encourage more women to start companies. What I mean by “sat on the sidelines” is this – until today I haven’t really said what I felt. Now I’m going to.

[From Too Few Women In Tech? Stop Blaming The Men.]

I wrote a post almost exactly 1 year ago that I will reprint in entirety because it is just as true today as it was then and will be true this time next year as well. For excellent resources and a network that women entrepreneurs can tap into, check out the Forum for Women Entrepreneurs and Executives.

Every once in a while this issue flares up, usually in relation to conferences not having anything other than a bunch of white guys on the speaker agenda, but I think we should stop fooling ourselves about the technology industry valuing diversity and on there being a system of meritocracy for achieving it.

Women, Hispanics, blacks, and people with disabilities are all conspicuously absent at events and on company payrolls. We have deluded ourselves into a false sense of security about the fact that because tech centers like Silicon Valley, Boulder, and Boston are themselves centers for cultural diversity, that our industry is diversified as a result. Not true.

Why does this matter, especially coming from someone like me who has a gag reflex about the words “affirmative action” and repulsion at the idea that we, as a society, condone hiring or admittance, and promotion based on anything other than merit? It matters because we are not an economy that searches out natural resources like iron ore, timber, coal or natural ports and waterways to determine where we expand; we are an economy that depends upon businesses identifying clusters of talented human resources to solve problems that have economic value. If our solution is that a bunch of white men, young and middle aged predominately, are going to solve the bulk of problems from here on out, then we will neither be very good at it on a global scale nor efficient as a society in lifting earning power and real economic growth across the board.

I’ve been in this business for a long time and can say without fear of hyperbole or generalization that the above are not common experiences, which makes me believe that for all of our enlightenment, those companies that we look down on, like Walmart, are actually much better at courting and sustaining a diversified workforce than the majority of tech companies, large and small.