Dennis Howlett has a post about paper.li, a service to create a daily roundup of the content collected by the people who you follow on Twitter. Sound confusing? Click through to read Dennis’ article and the one that he points to by Neville Hobson. Basically, if I follow you on Twitter and you tweet a link to an interesting article on social BPM, then that article on social BPM will be on the paper.li “newspaper” that I create based on the people who I follow on Twitter.

I follow too many people for too many different reasons to promote a paper.li page built on all of them (althoug there is one built by default for me at paper.li/skemsley), but I have a @skemsley/BPM Twitter list (which you can follow directly) that I’ve used instead to create the BPM Daily. As I add or remove people from my BPM Twitter list, that will impact the future editions of the BPM Daily. Every time that the BPM Daily is updated, it will be tweeted in my Twitter stream, or you can just go and check it out directly. 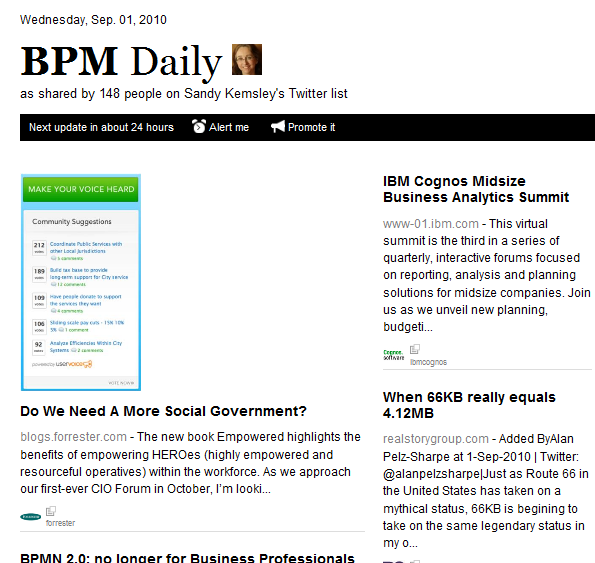