I go off on vacation for a week, and a firestorm erupts around BPMN usage by business people. It’s taken me the weekend to comb through all the posts and comments; there’s a lot of reading here, and I recommend checking out the discussions in the comments on each of these posts as well as the posts themselves.

Where it all started 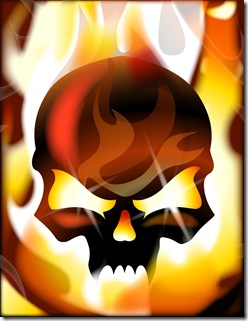 BPMN for Business Professionals: Burn Baby Burn: Jim Sinur blogs about how BPMN is too hard for business people, touching off a storm of comments on this post, and several posts from others on the same subject.

Process for the Enterprise » Blog Archive » Apparently BPMN is Too Hard: Scott Francis responds to Jim Sinur’s post, saying that if you’re already flowcharting processes, then BPMN (at least the basic set) really isn’t much different from that, and provides the benefit of standardization. He doesn’t want to let the business off the hook of learning a new skill when it’s really not that hard, and provides some benefit to the business (not just to IT).

Dave Thinking Aloud: BPMN only part of the solution: Dave French agrees with Scott’s post and offers a great quote: “It would be really scary if those responsible for the operation of multimillion dollar enterprises can’t take on the meaning of a set of symbols that can be put on a small wallchart”. My thoughts are pretty much aligned with Scott and Dave’s.

BPMN 2.0: no longer for Business Professionals | On Collaborative Planning: Keith Swenson points out that most of the enhancements to the new version of BPMN are for developers, not business people, turning it into a graphical programming language for processes. He questions whether vendors will move from BPMN 1.2 to 2.0 if their focus is on modeling rather than execution. I think that Keith is throwing the baby out with the bathwater here: although a lot of new constructs have been added that make BPMN more useful for developers, that doesn’t make the basic subset inappropriate for business people who are already mapping their business processes with flowcharts. In the absence of any specific direction, I most often see business people (and business analysts) use flowcharts to represent their business processes; introducing them to the simplest BPMN subset will at least put some standardization around those flowcharts so that there’s no confusion over the shapes used on the diagram, and to reduce some of the spaghetti around flowcharting events.

On IT-business alignment and related things » BPMN “not for the business”? Let’s lose the hype: Neil Ward-Dutton takes a similar middle ground to mine: “there’s significant evidence to suggest that a core subset of BPMN symbols are absolutely usable by business analysts with experience in high-level analysis and design and provide great results in terms of delivering a common language across multi-disciplinary teams”. BPMN is not useful to everyone. And business people are never going to learn more than a subset of BPMN. That’s not justification for stating that BPMN has no value for business.

Chris Adams Responds to: “BPMN for Business Professionals: Burn Baby Burn” by Jim Sinur (Gartner): Chris Adams relates a conversation with a CIO who had BPMN representations created for business processes that were too complex for the business to understand. Sounds like these weren’t modeled by the business, or at the right level.

Process for the Enterprise » Blog Archive » I See Business Professionals… Using BPMN: Scott Francis wraps up a lot of the discussions, finishing with the statement “Regardless of what the theory says, the practical reality is our customers’ businesses are using this stuff”. I find that this is true for me as well: my customers are using flowcharting extensively for modeling business processes, and with a small amount of guidance, they are using the simplest subset of BPMN. I know that’s right up there with the theory that it’s aerodynamically impossible for bumblebees to fly, and yet they persist in doing so.

BPMN Quotes of the week « Adam Deane: Adam Deane wraps up the week of BPMN blog posts with the best quotes drawn from several of them.

BPMN | How to explain BPMN to Business Users | VOSibilities: The replay of a webinar that I did in June on BPMN and business users. I make the points that the subset is all that’s needed for business, and that there’s a difference between knowing enough BPMN to create models and knowing enough BPMN to understand models. Here’s just the slides:

How To Explain BPMN To Business Users
View more presentations from Sandy Kemsley.

In short: BPMN isn’t for all uses, but if your business people are already flowcharting their business processes, then teaching them a few BPMN symbols in order to standardize those flowcharts has benefits.