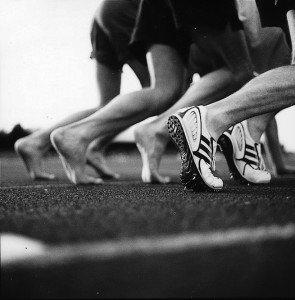 I was in a conversation with a CIO the other day about how fast the tech industry is changing and how continual adaption of the latest has become a norm for his business – he also said that some time sponsors within the organization keep asking what if we give this advancement a miss and try and catch up two or three steps down the line? He added, some within the company argued that information technology is so pervasive that it no longer offers companies any big advantage. He singled out curiosity of moving to cloud made such people repeat this question again. His answers were many – the competitive advantage can take a hit , the culture of being up-to-date is a continuous process, many parts come together in every step of the progress and can’t be easily stitched when we need etc ..

As I see it, IT’s contribution to the success of any and almost every business is now unquestionable.

From the 90’s we are seeing that investments in IT by US headquartered business increased many times – enterprise software and internet gave awesome power to business to create new business models and create differentiation centered on processes and keep improving the process advantage, Today, the fact remains that owing to technology advancements, Very few processes within an organization are self-contained; they most involve multiple groups. With enterprise software, companies could electronically copy and enforce new business procedures across hundreds of sites, thousands of employees and millions of transactions—all without the same level of inertia, errors or delays that typically accompanied such efforts in the era of fragmented computer systems.

Numerous studies have confirmed and reconfirmed the correlation between IT and business success. We have seen experts present after detailed analysis that accelerated competition amongst business enterprises coincided with a sharp increase in the quantity and quality of IT investments, as more organizations have moved to bolster (or altogether replace) their existing operating models using the internet and enterprise software. Tellingly, the changes in competitive dynamics are most apparent in precisely those sectors that have spent the most on information technology, when other factors were controlled This pattern is a familiar one in markets for digitized products like computer software and music. Those industries have long been dominated by both a winner-take-all dynamic and high turbulence, as each group of dominant innovators is threatened by succeeding waves of innovation. Andrew McAfee & Erik Brynjolfsson argue that just as a digital photo or a web-search algorithm can be endlessly replicated quickly and accurately by copying the underlying bits, a company’s unique business processes can now be propagated with much higher fidelity across the organization by embedding it in enterprise information technology. As a result, an innovator with a better way of doing things can scale up with unprecedented speed to dominate an industry. In response, a rival can roll out further process innovations throughout its product lines and geographic markets to recapture market share. Winners can win big and fast, but not necessarily for very long.

Harvard’s formal theorm of competition states :
-First, companies with superior ways of doing business would be able to rapidly leverage that advantage over competitors, leaving a smaller number of firms holding a higher proportion of both sales and market value within industries.
– Second, just because the wins would be bigger doesn’t mean the same companies would always win. There would be more turbulence in sales and market-value rankings within industries because competitors with new ideas could scale up rapidly and overtake the leaders.

In real life let’s see how this pans out. Productivity is realised when an advantage gets created – but this is an ever moving target. A business acquires an advantage by lets say creating a new sophisticated sales and distribution system and we see that competition would in a short time try , replicate and improve on this t seize advantage for themselves. If they indeed manage to make this happen, the investments originally made you becomes part of the cost of doing business. Similarly, business and IT that keep basking on yesterday’s success would miss the bus to lead today and runs the risk of being out of contention to succeed tomorrow! Just remeber the case Escada – a great company that could boast of almost all hollywood celebrities as customer missed being a relevant force in a matter of years as it falied to invest internally to keep the first to the market advantage intact. Ford is successfully leveraging ITin its much acclaimed turnaround story. Ofcourse, most of us know that its just not investment but how tech gets applied would make a difference in business success. Mere IT spend to keep up with neighbours would not directly get to productivity gains unless it is properly coupled with efforts on Innovation.

Like being Power IT Savvy, then look at this :

– IT Savvy firms have 20% higher margins than their competitors.

– IT funding is important, as systems become the firm’s legacy that influence, constrain or dictate how business processes are performed. IT funding decision are long term strategic decision that implement the operating model

– IT Savvy is based on three main ideas:

1- Fix what is broken about IT, which concentrates on having a clear vision on how IT will support business operations and a well-understood funding model. In most places, IT is delegated and benignly neglected in the enterprise with disastrous consequences of underperformance/poor leverage.

2- Build a digitized platform to standardize and automate the processes that are not going to change so focus shifts on the elements that do change. The platform idea is a powerful one and can drive significant margin, operational and strategic advantage.

3- Exploit the platform for growth by focusing on leading organization changes that drive value from the platform. With a platform built for scale, leverage efficiencies that scale can deliver. Ironically many enterprises fail to do one of these two!

Innovating with IT is not an easy process – where to direct the hose becomes more important as the force of the water coming out of the hose. CIO’s need to have their best efforts put behind solving unique large impact ( either by reach or by dollar effect) problems.

So this leads to the question – what is the direction for CIO’s to point the hose towards ? Like in punctuated equilibrium , a similar thing can be noticed in IT and its effect on business. If CIO’s remain happy with parity status with competitors, they would be sooner than later outdistanced by more innovative competition. Today, no business can afford to take their eyes off two important areas Cloud & Enterprise 2.0. Far reaching changes at the operational, strategic and leadership levels become possible by embracing emerging technologies. CIOs need to have convincing strategies as answers to questions in search of solutions for problems like how quickly we can move our IT into cloud and how can we do that in a differentiated and quicker way. Similarly answers to questions on how to leverage collaboration and Enterprise 2.0 for competitive advantage need to be thought through and strategies built around them – this process needs to be repeated at every review span – the actors may vary but the mechanisms would be the key. More than that,concerted action with demonstrable results would give more convincing answers.

3 responses to “IT, Cloud & Competitive Advantage”