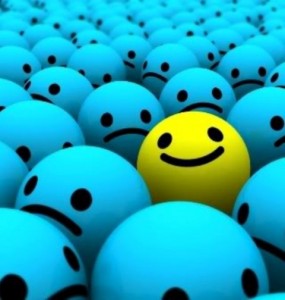 VC’s have a real reputation for having a herd mentality.  If you are a VC, don’t get offended, you know it’s true.  Heck, I’ve had a number of you joke with me about it.

For this reason, I read with interest Fred Wilson’s musings about contrarian investing.  Fred talks about how momentum investing can be successful, but he can’t wrap his head around it.  Funny thing is, the herd mentality that is VC is all about momentum investing.  As a group, they want to be in deals that can only reach the valuations they crave by being momentum plays.  They thrive on one company-specific bubble after the next.  Yeah sure Facebook is really worth the gross national product of a small European nation.  They’d like to get there a little before the crowd when they invest, but not too much before.  And they want to get out before whatever the bubble is bursts.  If that ain’t momentum, I don’t know what is.

Yet, in the herd world, there are many many ways to be a contrarian.  Here are a few:

–  Be a Value investor instead of a Momentum investor.  A VC once told me they saw Enterprise deals as being higher likelihood with smaller outcomes and web deals as lower likelihood with much larger outcome.  Instead of betting on the next Google, Facebook, or Twitter, why not go after more of a Value situation like an Enterprise deal?  Of course that means figuring out monetization right up front and not betting that if you can get enough eyeballs you will win.

–  Be a stage contrarian.  Some time in that last 5 years or so, VC’s quit investing early.  Most won’t admit it, but none of the 5 software startups in my career could’ve been funded by VC today because they all raised significant money on a slide show and a team.  Nowadays you better have a product and some traction.  Largely, this has just opened the door for Angels and then Super Angels which are predictably starting to cramp the style of VC’s by competing with them.  Guess what, those guys are your contrarians and you created them by leaving that market open.  If there’d been more VC contrarians, there’d be no room for Super Angels.

–  Be a space contrarian.  When one prominent VC starts up a green energy practice, pretty soon they all do.  It is fascinating to watch these fads go by.  I remember one season all the big funds had to have a partner who had been an Executive Recruiter.  Made some sense, after all part of what they do is invest in teams, but wow, when every firm gets one, it sure isn’t contrarian.  Which spaces are out of vogue?  Maybe they’re worth looking into?

–  Be a market contrarian.  Talk to enough VC’s and you hear a lot of common patterns.  They mostly hate the SMB market, for example.  Fascinating.  I love it.  It is much better suited to SaaS than Enterprise, I can reach it and influence it more effectively online, there are a heck of a lot more of them to sell to, the market is way less competitive, and therefore, the bar is lower.  My cost of selling can be lower because I don’t need a herd of Rolex and Bally loafer-clad scratch golfing sales maniacs to close the business.  But hey, VC’s hate that market because they’ve lost a lot of money there over the years.  Maybe its time to figure out why and whether the world has changed subtly (it has because of the web) in the interim.  After all, with SMBs creating most of the jobs, how can they not be an interesting and vibrant market to invest in?

–  Be an executive contrarian.  VC’s love to have Sales Guys for CEO’s.  It’s not exclusive, there are some others, but given a preference, they looks for a Sales Guy first.  It sounds like a good idea.  After all, isn’t selling what its all about?  Depends.  Sales Guys have a huge advantage: the talents that make them successful are a good proxy for a good leader.  But, and this is a big “but”, that proxy is often for a later stage company.  Sales Guys are often not so hot at finding a product/market fit.  Product and Marketing Guys are better at that.  Maybe look for Product/Marketing Guys who are also great leaders?  I saw a fascinating presentation by Moneyball author Michael Lewis.  He tells a story of a hedge fund that prefers to invest in companies run by CEO’s who are not good looking white males with an Ivy-league education.  Why?  Because if they are succeeding, they have to be doing something out of the norm.

–  Be a Moneyball contrarian.  Hey speaking of Moneyball, VC funds always present the picture of needing outlandish returns on outlandishly large investments.  This creates utility curves that are way out of whack with entrepreneurs.  When every fund raised needs one or more Googles, it means you push every deal in the fund to swing for the fence.  This is so Moneyball (I’ll let you read the book if you haven’t already to figure out why I say so).  You’re forcing these big deals to make up for the large number of big craters.  Instead of a few deals making 100:1 or whatever the ratio is on big dollars invested, why not find some strategies that are more reliable at 3 and 4:1 returns?  Focus on the single or the double.  It worked great for Moneyball.  Hey, imagine a firm that had a wonderful track record of creating $40-50M exits with the occasional $100M.  Founders are making $10M, it takes a lot less time than the $1B market cap IPO game, and low and behold what many bootstrappers are saying–it’s actually more likely to happen.  Imagine a firm that does that reliably and consistently with fewer risky cratered deals.  That has to be a good thing.  Oh wait, that’s what those darned Super Angels are doing!

Anyway, it ain’t hard to be a contrarian VC.  At least not in terms of finding the ideas for how to do it.  Instead of being such pattern matchers and looking for deals that are the same as what you just chatted with your VC friends at lunch about, how about finding some deals that are wildly different and then asking yourself, “Now why can’t that succeed?”  It may not succeed, but that won’t be just because it’s different.  Kind of like, “Just because I’m paranoid doesn’t mean the whole world isn’t out to get me.”  Contrarian thinking is hard!