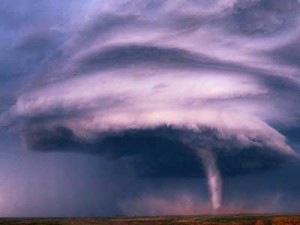 I’m feeling in a bad mood with Twitter at the moment after the recent change to OAuth accreditation stopped SimplyTweet working on my iPhone. I know there’s a workaround or that I could use Twitter’s own iPhone client but I resent being put into that position, especially if it means having to conform to Twitter’s retweet format, which I’ve never bought into (I prefer to add my own comments when I RT). I wish it were possible to go to another social network in protest, but the trouble is there really aren’t many choices around, and that’s another thing that bugs me â these social networks are turning into monopolies.

I know this post is going to do my social networking credibility no good at all, but I’m steadfastly determined to resist the lure of Facebook. Coincidentally I was talking to a friend yesterday who was freaked out by the ‘People you may know’ feature that cropped up in an email invite he’d received from a Facebook user. I wonder how many people realize that if they have a Facebook account and they haven’t prevented it from using their contact list in this way, then their name (and photo if they’ve uploaded one) will routinely get displayed to any of their acquaintances that get one of these Facebook invitations. I suppose it’s well known how fast-and-loose Facebook plays with people’s privacy but it’s one of the reasons I’m holding back from ever joining Facebook (the other reason was the timesink I’d heard it can be to keep your personal page updated. I have enough difficulty remembering to update my LinkedIn profile as it is).

It crossed my mind the other day that the reason these networks are taking such a cavalier attitude to user sensibilities is that they (and their VC backers) have all read Geoffrey Moore’s Crossing the Chasm and Inside the Tornado books. They know the classic theory that, if everyone is adopting your platform, then you don’t have to take their feelings into account. Moore’s book cites the example of Oracle, whose database product was buggy, constantly behind schedule and had appalling customer support throughout its early years. But that didn’t matter simply because it was what the crowd was adopting, and so as the 800lb gorilla in the market, it was possible to ignore the gripes of dissatisfied users and put-upon partners.

Except that we’re supposed to have moved on to a world today where the customer is king, where the social networks precisely are the agents of consumer power, and no one should have to put up with being treated like that any more. Is even our brave new world so powerless to escape the economy of followers?