How ironic.  On the same day that MG Seigler was penning one of his characteristically snarky posts (snark is one of the ways Techcrunch pursues its Follower Economy) about how Android isn’t really open, Apple announces the return of Flash to the iWorld.

Adobe’s stock price is cooking this morning as a result (I wonder if 10% of Adobe’s revenue is even traceable to Mobile Flash? Maybe), and I have to admit, being the Adobe Flex fanboy that I am, I’m chortling over my morning cafe mocha too!

A couple of things to talk about on this news.

First, why do I award credit for this to Android?  Peeps, come on–Steve Jobs didn’t just wake up from his hissy fit about Flash (thanks for that link, Larry!) and decide, “Oh darn, I was wrong.”  No, no, no, not happening.  Something grabbed Steve Jobs by the throat and shook him right out of his reality distortion field.  That something was competition.  Not only has Android been selling extremely well, but the Bastiches have even been using Apple’s, “Hey, we’re not the Man, we’re Cool“, marketing tactics.  Dude, what’s next, Android thinking differently (I can’t see Google having the populist moxie to get that grammar wrong the way Apple did, all those PhD nerds just couldn’t handle it).

Competition is what forced this change, MG Seigler.  Android’s “We’re more open than open can be” pitch was working.  In fact, this 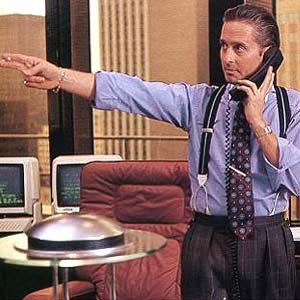 Apple announcement sweeps away most of what one would’ve argued were barriers to openness.  It isn’t just Flash that benefits.  Besides which, a heck of a lot of people love their iDevices (3 out of 4 of our whole family have iPhones and we share an iPad) but want Flash access.  Forget movies, they can change.  I can’t even see the stock graphs on Yahoo because they’re Flash.

Gordon Gecko was wrong when he said, “Greed is good.”  It pains me as a person often described as being slightly to the right of Attila the Hun to reach that realization.  What Gordon should have said was this:

Competition, for lack of a better word, is good. Competition is right, Competition works. Competition clarifies, cuts through, and captures the essence of the evolutionary spirit. Competition, in all of its forms; Competition for life, for money, for love, knowledge has marked the upward surge of mankind.

And here, it has let Flash back into the iWorld.  Good job, Android!

Second, I want to take a few lines to talk about why I think Flash is so important.  Much has been made of how the LAMP stack has transformed web development.  Companies can now create products without requiring millions of dollars in R&D expense.  But the LAMP stack primarily benefit the back-end, in other words the server-side.  What about the client?  What is the equivalent of a LAMP stack for client development?  Unless you’re a tremendous fan of 3270 green screen UI, and I know some are even in this day and age, you need the equivalent of the LAMP stack to efficiently product great clients.  Here is the secret:  Flash is the LAMP stack of UI development!  Yes, there are some Flash wannabes out there, specifically Silverlight.  So what?  Microsoft would love for .NET to be the LAMP alternative too.  Flash is it for these simple reasons:

–  It is ubiquitious.  Aside from the iWorld, and that changes today, the vast majority of the world has already installed Flash and it runs in their browsers.  That’s 99.3% penetration in mature markets.  Essentially, everyone has it.

–  It is a write once run anywhere tool that really works.  You write your Flash code and all 99.3% of users can run it without you needing to give it another thought.

–  AJAX and Javascript, the alternative, is riddled with browser dependencies.  Any dev team that has tried to get even simple rich UI like a Wiki-style rich text editor to work understands this.  It’s a huge overhead to keep up with all of these browser dependencies, and a constantly moving target.  With Flash, Adobe does that work for you so you can get on with building your app.

–  Flash has amazing graphical power and Job’s protestations to the contrary is actually quite fast.  People are writing 3D games in it, for example.

–  Flash can transcend the browser to create apps via AIR, and as we’ve discovered in the mobile world, apps are where it’s at.  Google used to offer Gears for this purpose, but pulled the plug on it.  Silverlight?  Hey, competition is good, bring it.  But they aren’t really there yet.

This all adds up to something that’s very important to the ongoing evolution of User Experience across all devices.  Simply put, Flash deserves to keep going and to be available on all those devices.  Thank you, Steve Jobs, for relenting, even if it took a gun to your head.  Adobe: now is not the time to rest on your Laurels.  There are some issues here and there in the House of Flash that you still need to attend to.

3 responses to “Android is so Open, it got Flash Back on the iPhone”