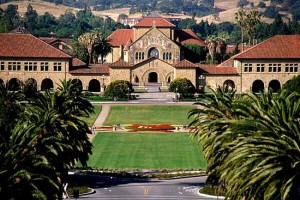 In the process of preparing for my speech for the inauguration of the Alexandrian Innovation Zone, I had to think about Silicon Valley, its history, its defining characteristics and which of these characteristics are “exportable.”

Starting with a bit of history (you can find a lot more detailed historical accounting in Steve Blank’s blog), Silicon Valley was created over a period of 60 years and today is the home to roughly 10,000 companies employing 1M people. Its growth and success were based on multiple waves of technological innovations: electronics, semiconductors, computer hardware, software, biotechnology, internet, and more recently cleantech. This 60-year period has been marked by several ebbs and flows through which we kept our strength and optimism. The US government played an important role in the creation and success of Silicon Valley. First, it is important to remember that the US government played a very important role in launching Silicon Valley and keeping it going for at least the first 10-15 years of its existence. As early as the 1950s several companies were spun out from Stanford University to develop microwave technology for the Cold War under government contracts. During the 60s government-sponsored projects around spy satellites and ballistic missiles gave rise to many successful semiconductor companies. It was since the late 60s, along with the rise of institutional venture capital, that academic and private sectors drove our region’s success. However, with subsequent technology waves, the government’s role became one of providing the right incentives for people and companies to jump in, but then become less involved.

The establishment and enduring success of Silicon Valley is based on several factors, all of which comprise important and necessary ingredients:

These characteristics have led to the creation of a virtuous cycle of continuous innovation. Top talent is coming to Silicon Valley and become engaged in an organic, Darwinian process that results in the best companies rising to the top, has led to the emergence of global companies like HP, Intel, Genentech, Apple, and Google, to name but a few, and has made California’s economy one of the top in the world. Many of these characteristics are importable but others may not be. As Margaret O’ Mara states here it is not enough to just state that you want to establish a Silicon Valley-like region and expect to automatically have its success. The success of the various Silicon Valley-like efforts around the world will largely depend on deciding whether these characteristics are “importable” by a country, i.e., do they fit its culture, as well as on how well and how quickly these characteristics can be adopted and properly adapted to those environments.