The End of the HP Way: Can the HP Will Keep the Dream Alive? 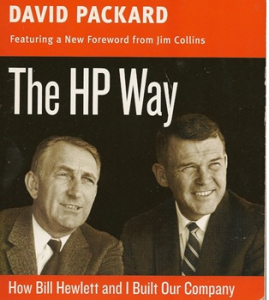 The HP Way died a miserable death on the altars of Oracle Open World last night, in an auto-da-fe of medieval proportions. It’s as if Larry Ellison’s Sun Tzu alter-ego had scripted it personally – no need to say anything, just let HP be HP and make the company’s growing irrelevance so stark and obvious that nothing else needed to be said, or done.

The HP Way speeches at Oracle were all the more ironic to those of us viewing them from the analyst workroom, where technical difficulties forced us to watch the sinking of HP in glorious black and white. This lent an almost newsreel, you-were-there, feel to the event, making it look truly like it was an historical documentary about the moment when the beginning of the end began.

What the speeches by HP’s Ann Livermore and Dave Donnatelli  solidified is the stifling stodginess of HP relative to everything else happening in the Silicon Valley of 2010. Passion, vision, excitement, drama, charisma, leadership – all were AWOL on the stage Sunday night. It’s not even worth rehashing what was said, because what wasn’t said was so much more important: HP is the also-ran in a technology horserace that looks more and more like it’s being run on an entirely different track.

Line up HP against its historical competitors  IBM, and now Oracle/Sun – as well as any other competitor you could name (Apple in mobile, Teradata in data warehouse), and only HP could turn in the performance it did last night.

It doesn’t have to be this way, HP is stuffed with great people, lots of great products, and the HP Will, that striving for success that still exists in the people who make up one of the most storied brands in the industry. The HP Will has at its core a collective need to make good on its birthright and brand, and keep the legacy of its founders alive. I think that core can still be harnessed, if the company can only see the light.

That light is enterprise software, the same bugaboo that made Sun the great, enduring company it isn’t today. Sun’s big mistake was in not understanding the importance of enterprise software as a core part of its business, a mistake that IBM hasn’t been making for years, despite its protestations that Big Blue doesn’t sell packaged enterprise software (and what is Open Pages? Tortellini?). Oracle eschews that mistake as well: in case you hadn’t noticed, the company has a lot of enterprise software to back up its new hardware business too.

HP sits poised at the most critical junction in that 71-year history HP keeps harking back to. The company can still make a play in enterprise software, it even hired a well-respected software guy, Bill Veght, to head up its software strategy. Now if only the board can get behind a new CEO candidate who actually understands the value of enterprise software and unleash Veght, this may become a company that can once again play on the same field as IBM and Oracle. Whoever that lucky CEO (said somewhat tongue-in-cheek) ends up being, enterprise software experience and vision has to be at the top of the list of attributes he or she brings to the table.

It wouldn’t hurt to be able to give a great speech and wind up a crowd too.

One response to “The End of the HP Way: Can the HP Will Keep the Dream Alive?”