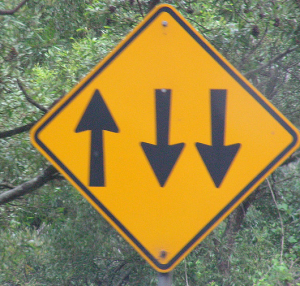 This is an awkward post to write. I am at Oracle Open World as a guest of the some very hospitable individuals at the vendor. Yet, something happened yesterday which I think is important for the social world to discuss and debate.

Dennis Howlett, Frank Scavo, a couple of journalists and I were initially allowed into a session then asked to leave because we are not “analysts”

Five years ago, I would not have even expected to score an invite to OOW. But in the last five years, we have reached a point where bloggers were given the front row seats at the salesforce.com conference, Dreamforce last year – ahead of analysts and journalists. We have a point where SAP executives carve out time to meet with groups of bloggers at every one of their conferences.

And probably, the best example of the “color blind” world I thought we are moving towards has come twice in the last month. At a Workday session, Gartner analysts sat next to ZDNet bloggers  and independent bloggers and Forrester and IDC analysts. The day, helped of course by the openness Workday employees showed, was something to behold. Rapid fire input back and forth -your affiliation did not matter, your input did.

This weekend Ray Wang hosted panels at a pre-OOW event which had an Oracle user group executive, a ZDNet blogger, an IBM executive, a CIO magazine journalist and an independent consultant (who presented data from a survey of Oracle customers his firm had recently conducted) and independent blogger like me. Again, the affiliation did not matter, your input did.

So, yesterday was a bit of a wake up call. When I pointed out to my Oracle contact that the definition of “analyst” seemed arbitrary – there are folks who only sub-contract to an analyst firm but were allowed in the room, others who run one person shops, or someone like me who is an alum from an analyst firm Gartner, the response was:

“ There many factors to how some of these things get put together – some of them obvious, some not so obvious.  “

I asked my Enterprise Irregular blogging colleagues for their reaction, and several of them felt “it’s just the Oracle way to show who’s in charge”. Couple pointed out it is also the Apple way.

One felt bloggers are snarky and just don’t agree to the sort of decorum analysts do. Surely journalists have higher standards – why exclude them from such sessions?

Others felt like product executives at Oracle would love to talk more, but the communications folks don’t allow them to.

In fairness to Oracle, they at least invite bloggers. Many vendors have not even discovered us.

May be I am naive. Maybe the Workday or Ray Wang “rainbow” is the aberration. I sure hope not.