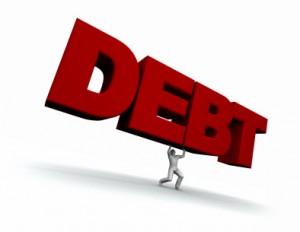 Gartner made a name starting in the mid-90s forecasting the estimated cumulative cost of Y2K remediation. I was there – and the big numbers it bandied about helped focus enterprises on the core problem. But it also led to hype, panic buying (and exaggerated market declines on the other side of the peak) and many, many poor IT investments. Since then Gartner has picked on many events – such as the introduction of the Euro between 1999 and 2002 – and piled up potential costs to come up with a single, usually scary, related aggregated IT project cost forecast.

The latest is what Gartner calls the IT Debt crisis:“the cost of clearing the backlog of maintenance that would be required to bring the corporate applications portfolio to a fully supported current release state.” It estimates it to be “$500 billion in 2010, with the potential to rise to $1 trillion by 2015.” At its Symposium next month, this should draw folks to the session “Building the Compelling Case for Application Overhaul”.

The problem is there are many good reasons to NOT upgrade/modernize many applications, and I believe Gartner is out of line using words like “debt” which have guilt associated with them.

Here are some realities that need to be factored in the modernization analysis: