Virtual Nonsense All the Way Down the Drain. A Twisted (?) View of US vs China 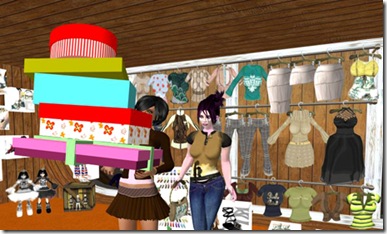 I don’t often recycle older posts in full – but sometimes I get all worked up, want to “blog it out of my system” only to discover I’ve already said it all. That’s how I feel about the explosion of virtual goods.  So there it is, vintage July 2009, still valid, except this time I’d be using Facebook, Zynga, Playfish, PlayDom, CrowdStar, FoolDom (Ok, I made up the last one).

Virtual Worlds, such as World of Warcraft, Entropia Universe, Habbo Hotel, Club Penguin and Second Life grew 39% in the second quarter of 2009 to an estimated 579 million members, reports The Guardian.

A good chunk of these virtual worlds is owning virtual goods, that cost no-virtual, but real money:  GigaOM reports that the virtual goods market is estimated to reach $1.8 billion this year.

“About one in 10 Americans reached into their wallets last year and spent an average of $30 on virtual goods, those pixelated swords, outfits and other non-real items used in online games such as Habbo and Club Penguin” – quotes the LA Times, using the same research report.

So why am I ranting about this?  Let me put it very simply:

We’re wasting our brain on stupid things instead of being productive, while sending real money to Chinese entrepreneurs who laugh their *** off while running their sweatshops producing these digital goodies.

And you wonder why the US is declining while China prospers.

There, I said it … now I feel better.  Now, for a refreshing and decidedly more intelligent view on China, US..etc read this piece by former wunderkind (may still be wunder but no longer kid) Ben Casnocha:   Rising Tide Lifts All (Nation-State) Boats.