The Un-Booth: Guerilla Marketing at the HR Technology Show

Last weekâs HR Technology show in Chicago always produces a lot of vendors and tire-kickers. As a result, the attendees get treated to a large assortment of brightly adorned, creative booths in the exhibition hall. It gets hard to remember much of anything specific about any one booth (and sometimes the products pitched within them).

Enter Sonar6. These are the folks from New Zealand who sell a great looking performance management solution and do so cost-effectively thousands of miles from home. Not only do I like how the product looks, but I like the way they re-engineered the way they sell SaaS (software as a service) software.

In prior years, Sonar6 has confronted HR Technology show attendees with irreverent t-shirt slogans (âIâm a 3â or âI shouldnât have friended my boss to my Facebook accountâ). One year they invited attendees to send along the worst performance review comments theyâd ever seen.

AND, they created all sorts of product excitement without ever having a booth at the show.

Apparently, Sonar6 executives were feeling some pressure to have a booth this year so they did one in a way that only Sonar6 can do. 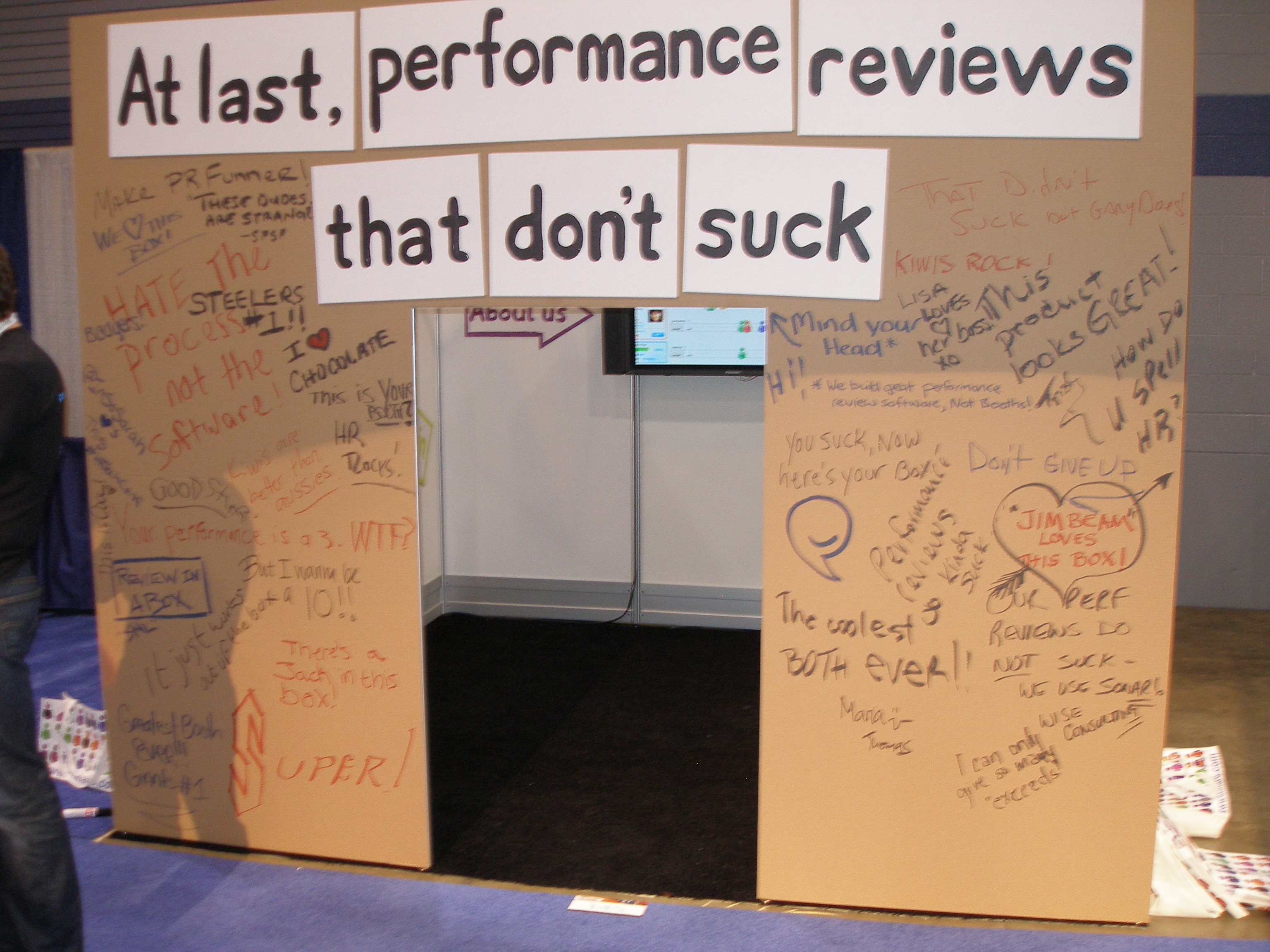 They got a booth that was made show attendees pay attention and talk about them. They created the un-booth. It wasnât creative, beautiful, artistic, etc. No â It was simply cardboard and it was memorable. And, it epitomizes the strategy of Sonar6: they put their money into developers and the product â not slick marketing materials.

You can argue as to the aesthetics of their booth but you canât argue with this: almost everyone at the show not only noticed their booth, they talked about it and Sonar6. That, interestingly enough, is what a lot of other exhibitors probably wanted but didnât get.

So, next time youâre thinking about some of these tired old trade show gimmicks:

remember why youâre doing so. The point of a trade show exhibit is to generate interest in your firm and its products. Spending money shouldnât be a goal â it should be a means to an end.